An architectural design competition process was undertaken between Bates Smart, Richards & Spence and Koichi Takada. The winning design proposal which was selected was from Bates Smart.

According to the development application, the Bates Smart design was the most considered from a site context perspective. It was said to encompass ‘striking architecture’ and facade materiality as well as floor plan layouts which featured a very high percentage of naturally lit apartments.

Aria gave the nod to Bates Smart due to the design’s ‘innovative overall concept’ which resembles an urban resort.

“The winning proposal by Bates Smart creates a distinctive and highly innovative architecture that draws cues from the uniqueness of the site’s clifftop location and the endemic natural form of Kangaroo Point.” – Development application 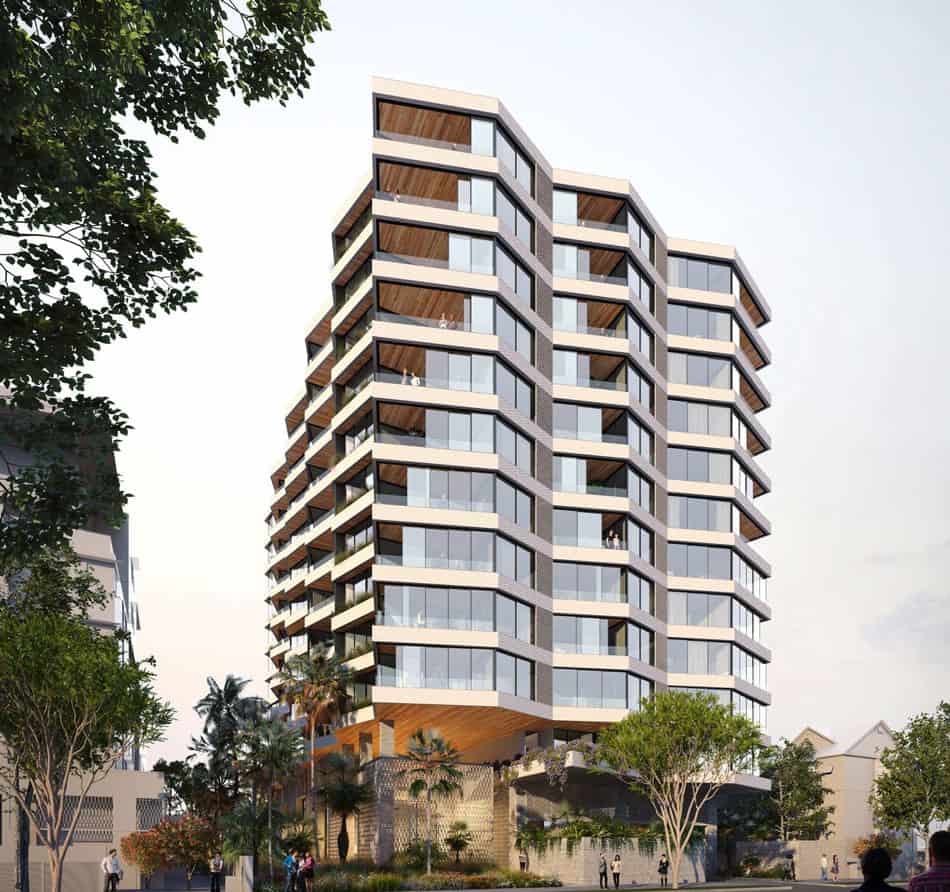 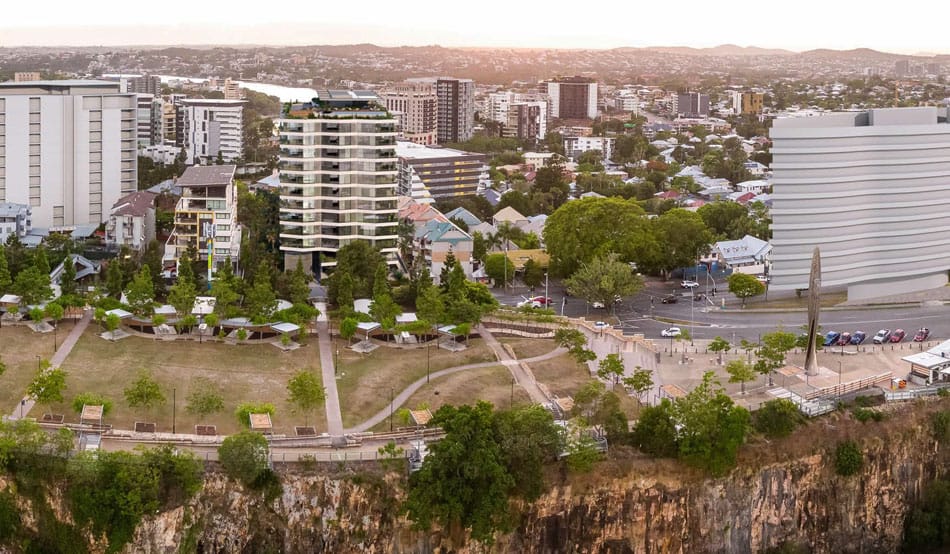 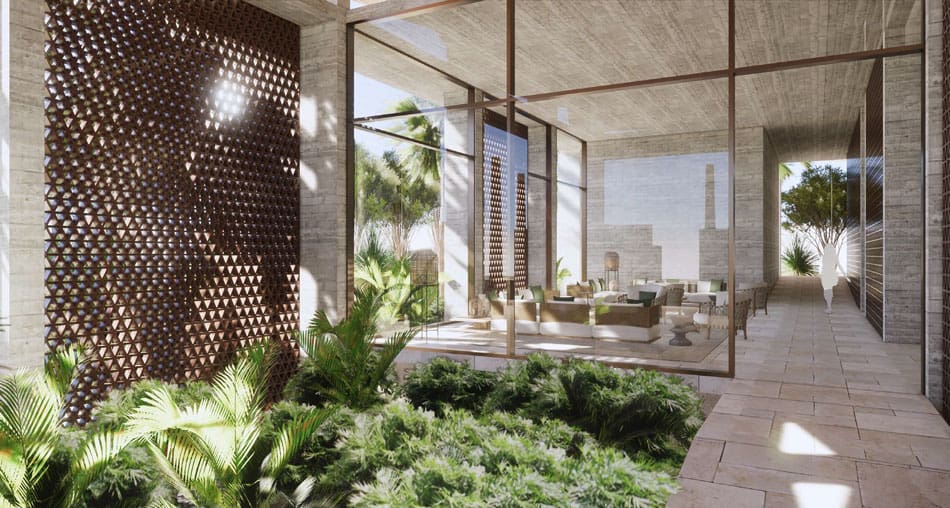 The building is proposed with a total of 13 levels with basement and ground level car parking and rooftop communal recreation area.

The proposed facade is comprised of continuous horizontal spandrels providing sun shading and a horizontal scale. According to architects Bates Smart it also helps to articulate the cliff faces along the banks of the Brisbane River which connects architecture to its proposed location. 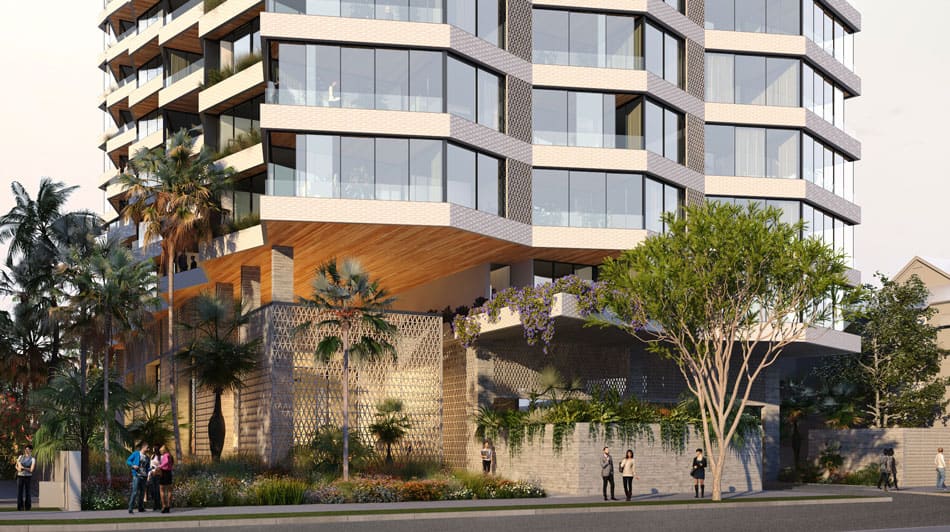 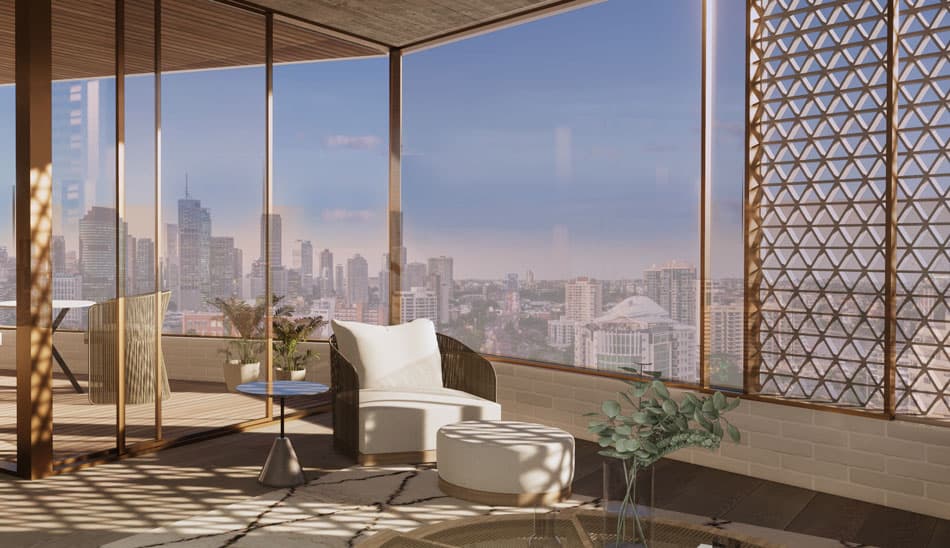 “The geometry of these folds also orchestrates view angles from apartments, maximising views to the Brisbane River and city skyline.” – Development application 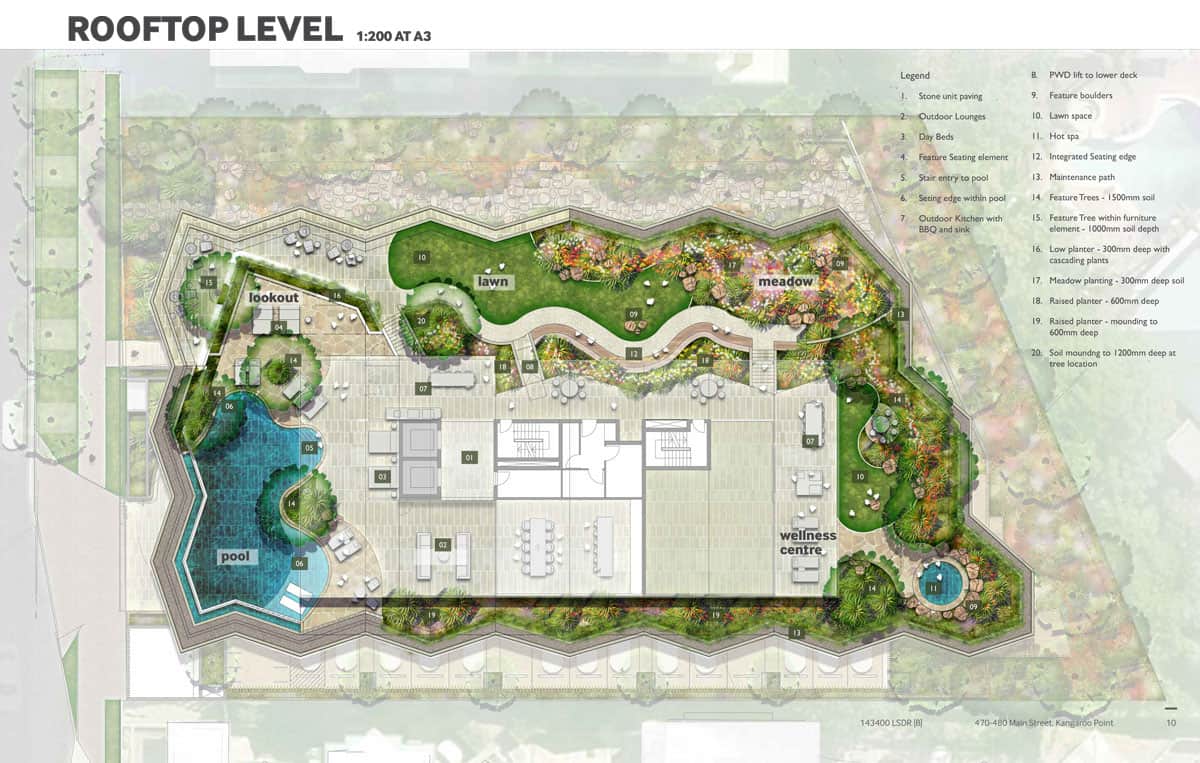 On the ground level, future residents would be greeted with a reflection pond which leads to a resident’s lounge. The ground level would also feature a dry creek bed with boulders, nature play space, butterfly walk and a cinema and cellar dining room. 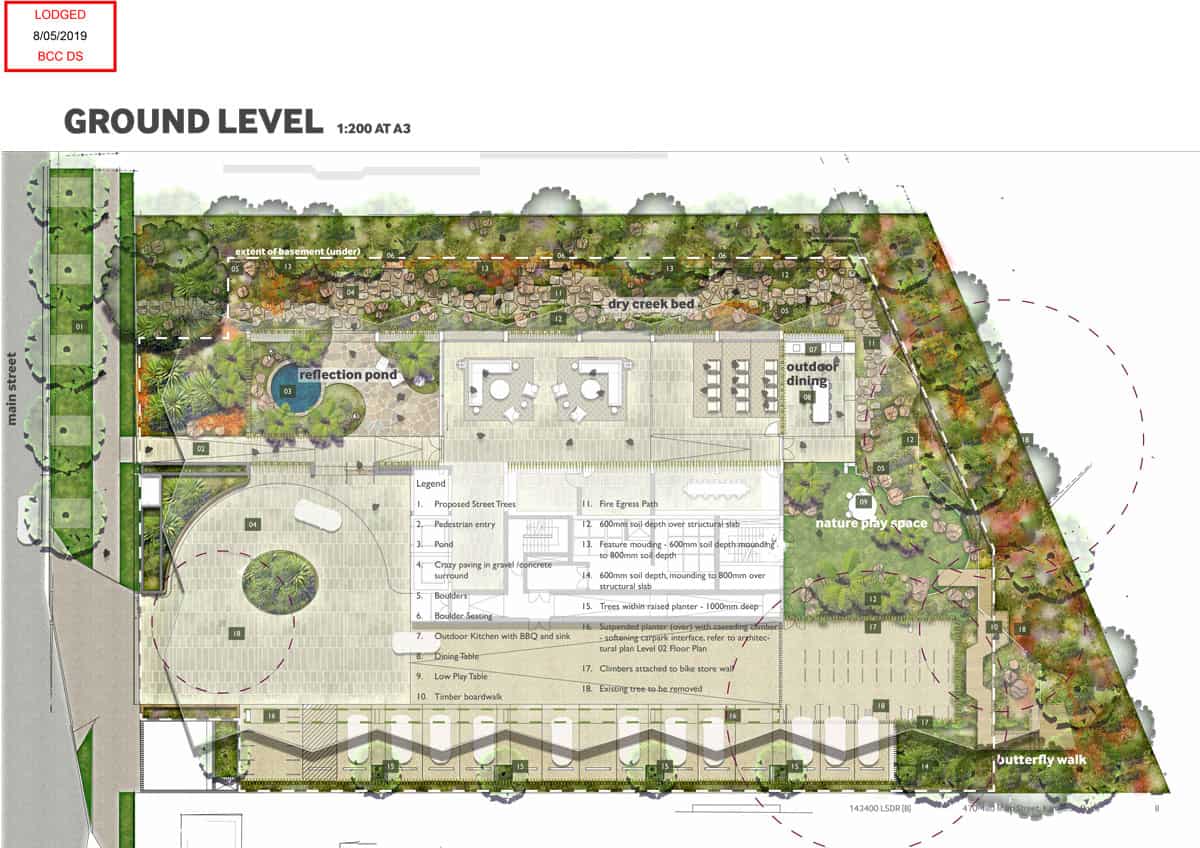 Each tower level would also consist of planters with cascading plants at various points at the end of corridors and outside individual apartments.

The site involves the consolidation of three lots totalling 2,581sqm. Existing buildings currently on the site include a commercial building and two detached dwellings.