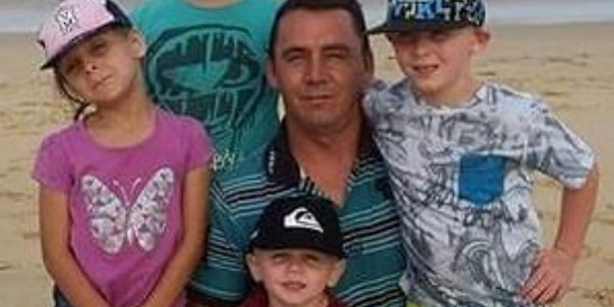 A father-of-four who is dying in a Brisbane hospital will only be allowed to see one of his children a final time as a result of coronavirus border rules between New South Wales and Queensland.

Mark Keans, 39, is battling cancer from his hospital bed and has been told it is unlikely he will survive past Christmas.

“Just let us see our son, that’s all we ask. We just want to see him,” Mr Kean’s father, Bruce Langvorne, told 9News.

Ms Palaszczuk today brushed aside the case in parliament, referencing her own experiences with the closed border.

“My uncle was recently diagnosed with lung cancer and I couldn’t go and visit him in the hospital,” she said.

Her comments have enraged NSW Health Minister Brad Hazzard as the row between the Queensland and NSW governments over the closed border grows increasingly tense.

“I can only express my anger, my supreme anger, at the Queensland Premier’s decision, which in my view is nothing more base loopy politics. I’m appalled,” Mr Hazzard said.

“I urge the Queensland Premier to consider carefully the impact border closures are having on our communities, on our citizens on either side of the border,” she said.

“You have to look at this issue from a compassionate perspective, a human perspective and appreciate that people with medical challenges, with compassionate reasons, or just to get to work, need to be considered.”

Ms Berejiklian, speaking after the most recent National Cabinet meeting on Friday, said she saw no reason why any state border restrictions should be in place across the country by Christmas.

NSW today recorded nine new COVID-19 cases, of which five are linked to Sydney’s Concord Hospital, two are healthcare workers, one is a patient and two are links to that person.

Concord Hospital, now the subject of a growing cluster that has also included Liverpool Hospital, has been closed off for everyone except staff members and the sick.

Michelle Vellas told 9News she was at the hospital to see her husband but was subjected to strict requirements.

“It is very stressful, my daughter has been very upset because she hasn’t been able to go and see her father as well,” she said.

“It is difficult, but I understand the risks that are involved.”

All visits have been cancelled until Friday to allow the hospital to be deep cleaned as health officials combat the growing cluster, which emerged when an infected doctor worked at both Concord and Liverpool late last week.

A Victorian team of health and army officials are expected to fly into Sydney on Friday for a COVID-19 fact-finding mission and to learn NSW’s breakthrough strategies to trace coronavirus and combat outbreaks.

That tight contact tracing operation is continuing across Sydney, including at the Albion Hotel in Parramatta, the Crocodile Farm Hotel in Ashfield and the Shanghai Night Restaurant — which have all been placed on alert after last weekend serving a patron who had tested positive for COVID-19.