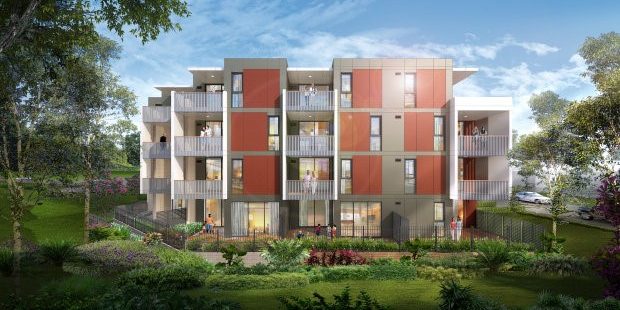 Cbus will invest up to $10 million in a NSW pilot that puts industry super funds into social housing development for the first time and expands the funding available to community housing providers beyond the federal government’s National Housing Finance and Investment Corporation.

Funding for the pilot project – open to tender for providers this week – to develop 96 new dwellings across six sites is a drop in the ocean for the $54 billion super fund giant, but Cbus is already eyeing a second tranche of about 300 dwellings and says its lending to the sector could top $100 million within three years.

The new scheme, an agreement between Cbus and the NSW and Commonwealth governments, can be extended to other states and offers hope of cracking an unresolved problem – how to tap Australia’s deep-pocketed pension funds to tackle the shortfall of social homes that stood at 437,600 last year and is forecast to rise an extra 291,100 by 2036.

A key problem in funding social housing is that the low rental revenue stream – from low-income residents who are often the recipients of government support payments – is insufficient to meet the financing costs.

Costs are lower in this case, however, because the NSW government – through agency Land and Housing Corporation (LAHC) – will retain ownership of the land, and providers will develop homes and manage them under a 49-year lease to the state.

The providers will be expected to meet a minimum provision of social dwellings – the six sites in the NSW pilot currently hold 25 homes in need of replacement – but will also be able to develop on-market build-to-rent dwellings that will provide revenue needed to bridge the payment gap.

“The dollars of revenue from social rental tenants makes social housing very hard. The [provider] is best placed to fund that gap. That cross-subsidisation they can do within their own portfolio makes this work.”

The scheme, developed by federal Housing Minister Michael Sukkar and NSW Water, Property and Housing Minister Melinda Pavey, lets providers access a debt-funding package 75 per cent provided by NHFIC and the remaining 25 per cent by Cbus. The homes will all be owned by LAHC.

“The pilot program gives CHPs the opportunity to build new social and affordable homes on state government-owned land, through access [to] low-cost and long-term funding to manage the housing under build-to-rent long-term leases,” Mr Sukkar said.

Cbus will lend at 3.1 percentage points above the bank bill swap rate, which at current market rates would mean providers borrow at a cost of about 4 per cent. Cbus would look to lend for a two-year construction period and for the first 10 years of the asset’s life, at which point it would exit and the provider would refinance that part of the loan with NHFIC.

The six sites under the $40 million-$50 million pilot program already have planning approval for new dwellings and the NSW government hopes to have its first tenants move in by Christmas next year.

Land and Housing Corporation is doing due diligence on the 16 sites across metropolitan and regional NSW it has earmarked for the second tranche of 300 homes, which will have a collective development cost of about $120 million.