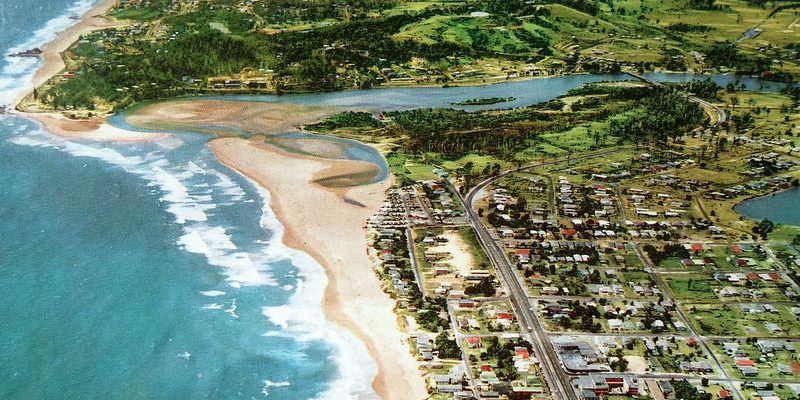 The City of Gold Coast has bowed to public pressure and recommended a reduction in building heights for properties along popular Jefferson Lane at Palm Beach.

In the final council meeting of 2019, councillors unanimously backed proposed amendments to the city plan that will change residential zoned land from medium density to low–medium density.

The changes apply to the eastern side of Jefferson Lane between Seventeenth Avenue and Laceys Lane.

The council’s planning committee chairman, Cameron Caldwell, said he and his colleagues had responded to community concerns.

“The areas in and around Jefferson Lane have been coming under increased pressure,” Councillor Caldwell said.

“That particular laneway has limited capacity and so we’ve made some revisions down.”

That means the maximum height of future developments will be 16 metres with a density of one bedroom per 50 square metres of site area.

Councillor Caldwell said the plan also designated a 17-metre height limit on residential land on the western side of Jefferson Lane.

“We’ve listened to the people through the public consultation process,” he said.

“We’ve made responsible changes that take into account what the people of the Gold Coast put forward.”

When asked if he felt he would be welcomed back to the suburb after today’s decision, Councillor Tate said he had no problem with Palm Beach residents.

“I never feel alienated when I go to Palm Beach. I’ve got a lot of friends down there,” he said.

“There are a few minorities that go, ‘We don’t want building here and there in our backyard’ … well the fact is the building height has not been changed since 1982.

“That was kind of long before I was mayor.”

John Hicks, the president of Community Alliance, which represents 15 community groups, watched today’s council meeting from the public gallery and said it was a sensible decision.

“A good outcome for those areas of Palm Beach,” Mr Hicks said.

Today’s resolution is the latest step in the public consultation process around changes to the city plan, which was introduced in February, 2016.

The council said it had designed to help shape the future of the growing city by managing building heights, density, growth areas, and urban design.

A second round of public consultation for the city plan begins on January 6, 2020 and finishes on February 4, 2020.