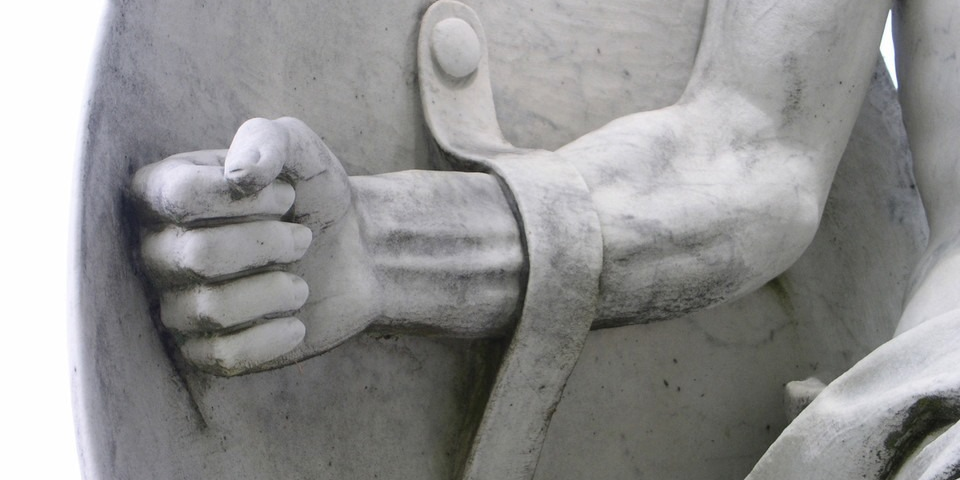 “I’ve spent twenty years studying courage, vulnerability, shame, and empathy, and I recently completed a seven-year study on brave leadership that was built around the following driving question:

What, if anything, about the way people are leading today needs to change in order for leaders to be successful in a complex, rapidly changing environment where we’re faced with seemingly intractable challenges and an insatiable demand for innovation?”

There was one answer across interviews with 150 global C-level leaders: We need braver leaders and more courageous cultures.

To answer the question of how we develop daring leaders and cultures, we examined existing research along with new data collected during a three-year instrument development study on daring leadership, which included surveying MBA and EMBA students enrolled at the Jones Graduate School of Business at Rice University, the Kellogg School of Management at Northwestern University, and the Wharton School at University of Pennsylvania. We also used evaluation data from our own leadership work with more than 50 organiza­tions, representing approximately 10,000 individuals working alone or in teams.

Here’s the great news from our findings: Daring leadership is a collection of four skill sets that are 100% teachable, observable, and measurable. These skill sets are:

Living into our Values;

The hard news: You can’t get to courage without rumbling with vulnerability, so time to embrace the suck. Without question, “rumbling with vulnerability” emerged as the foundational skill set of courage-building and the prerequisite to the other three skill sets. We must be able to manage the emotions we experience during times of uncertainty, risk, and emotional exposure if we want to be daring leaders.

Here’s what surprised me the most: The greatest barrier to courageous leadership is not fear. In fact, some of the bravest leaders we interviewed told us that they experience fear every day. The biggest barrier to daring leadership is how we respond to our fear — it’s our armor that gets in the way.

The thoughts, emotions, and behaviors that we use to protect ourselves when we aren’t willing and able to rumble with vulnerability move us out of alignment with our values, corrode trust with our colleagues and teams, and prevent us from being our most courageous selves.

Armored Leadership: Being a Knower and Being Right

Daring Leadership: Being a Learner and Getting It Right

Being a Knower and Being Right: Having to be the “knower” or always being right is heavy armor. It’s defensiveness, it’s posturing, and, worst of all, it’s a huge driver of bullshit. It’s also very common — most of us have some degree of knower in us. Too often we stereotype the knower as the irritating but lovable Cliff Clavin from the TV show “Cheers.” Unfortunately, needing to know everything is pretty miserable for the knowers and for everyone around them. It leads to distrust, bad decisions, unnecessary rumbles, and unproductive conflict.

It sounds pretty easy to replace the armor of knowing with becoming a curious learner, but for many people the need to be a knower is driven by shame, and, for some, even trauma. Being the knower can save people in hard situations, and it’s easy to buy into the belief that being a knower is the only value we bring to relationships and work.

Knowing can also become a culture problem when only some people are valued as knowers. Others don’t speak up because they’re not “senior enough” or it’s “not their place.” One leader shared that he had been with his new company for six months and had never contributed in a meeting. He was brought in because of his twenty-plus years of experience, yet he was expected to be quiet in the meetings because of cultural norms that valued only the contributions of tenured leaders.

Being a Learner and Getting It Right: There are three strategies that I’ve seen work to transform always knowing into always learning.

First, name the issue. It’s a tough conversation, but clear is kind: “I’d like for you to work on your curiosity and critical thinking skills. You’re often quick with answers, which can be helpful, but not as helpful as taking the time to make sure we are asking and answering the right questions, which is how you’ll grow as a leader. We can work together on this.”

Second, make learning curiosity skills a priority. Knowers often have a lot of people talking behind their backs, and that corrodes trust.

Third, acknowledge and reward great questions and instances of “I don’t know, but I’d like to find out” as daring leadership behaviors.

Note: The compliance we’re talking about is not legal, safety, or privacy compliance or organizational compliance (e.g., vetting partners, wearing a hairnet, setting the alarm code on your way out, or putting in a vacation request with two weeks’ advance notice).

Leading for Compliance and Control: The armor of compliance and control is normally about fear and power. When we come from this place, we often engage in two armored behaviors: We reduce work to tasks and to-dos, then spend our time ensuring that people are doing exactly what we want, how we want it — and then constantly calling them out when they’re doing it wrong.

The armor of compliance and control leads us to strip work of its nuance, context, and larger purpose, then push it down for task completion, all while using the fear of “getting caught doing it wrong” as motivation. Not only is this ineffective, it shuts down creative problem solving, the sharing of ideas, and kills trust. It also leaves people miserable, questioning their abilities, and even desperate to leave.

The less people understand how their hard work adds value to bigger goals, the less engaged they are. It becomes a self-fulfilling prophecy of failure and frustration.

When we operate from compliance and control, we have a tendency to hold on to power and authority and push responsibility down. This leads to huge alignment issues for people. They’ve been asked to do something that they don’t actually have the authority to accomplish. They’re not set up for success, so they fail.

This just reinforces our power and resentment loop: “I knew I should have done it myself. I’ll be responsible for this, you just do these small tasks that you can handle,” versus “Let’s dig into how we could have set you up for success. I know I have a part.”

Cultivating Commitment and Shared Purpose: Daring leaders — even in compliance-driven and highly structured industries like banking, healthcare, and the food industry — create and share context and color.

They take the time to explain the “why” behind strategies, and how tasks link to ongoing priorities and mission work. Rather than handing down black-and-white mandates stripped of story, they hold themselves responsible for adding texture and meaning to work and tying smaller tasks to the larger purpose.

My team used to utilize the Apple DRI model, appointing someone as the “directly responsible individual” for a specific task and recording their duty in the meeting minutes. But what we learned is that despite the team member’s willingness to own it and be held accountable for executing, they didn’t always have the authority to be successful.

We’ve now switched to a TASC approach, which stands for “The Accountability and Success Checklist”:

We also borrowed the Scrum technique of “What does ‘done’ look like?” when we assigned tasks, responsibilities, and deliverables. It was a huge improvement for us, but we needed to tweak it because it didn’t address the need for tying deliverables to our purpose.

For example, I’m out of town with my colleagues Murdoch and Barrett facilitating a daring leadership workshop. I ask them to collect one role-play scenario from everyone participating in our two-day training while I’m meeting with the CEO. I want to use these scenarios the next day.

Later that evening, they slide a folder stuffed with handwritten scenarios under my hotel door. I wake up the next morning and panic. Now I have to sort through them and type them up. I’m frustrated with Murdoch and Barrett, and they have no idea why.

The next time, I ask for the same thing, but Murdoch replies with, “Sure. What does ‘done’ look like?”

I say, “Please type them up, and you and Barrett should pick three that are specific enough to be meaningful but general enough to apply across the group. It would be helpful if I could get them before 8 p.m. so I can review them tonight.”

Same scenario, but instead of saying “Sure. What does ‘done’ look like?” Murdoch says “Sure. Let’s ‘paint’ done.”

Rather than slinging directives “West Wing” walk-and-talk style, we find Barrett and talk for five minutes.

I say, “Here’s my plan. I want to collect scenarios from the participants today so we have new role-plays for the group tomorrow. I don’t want to reuse the ones we brought and used today. They’re really struggling with these hard conversations, and the more specific the scenarios are to their issues and culture, the more helpful the role-playing will be. My plan is to have you collect them and sort through them tonight, looking for ones that are specific but have broad appeal. I’d like y’all to type up three of them and make copies. Instead of breaking the group into pairs, I want to do triads with one person observing and supporting. So, if we have three role-plays for each group, they can each take a turn.”

Murdoch and Barrett think about it for a minute, then Barrett says, “One issue is that everyone here today is from operations. Tomorrow is the marketing team. Will that affect the relatability of the role-plays?”

Me: “Dammit. It totally changes what I’m thinking. Thank you.” Paint done.

For us, it’s significantly more helpful than, “What does done look like?” because it unearths stealth expectations and unsaid intentions, and it gives the people who are charged with the task tons of color and context. It fosters curiosity, learning, collaboration, reality-checking, and ultimately success.

Leaders who work from compliance constantly feel disappointed and resentful, and their teams feel scrutinized. Compliance leadership also kills trust, and, ironically, it can increase people’s tendency to test what they can get away with.

We want people to share our commitment to purpose and mission, not to comply because they’re afraid not to. That’s exhausting and unsustainable for everyone.

However you choose to engage, remember that courage is contagious. When we’re brave with our lives, we make everyone around us a little more daring and the world a more courageous place.