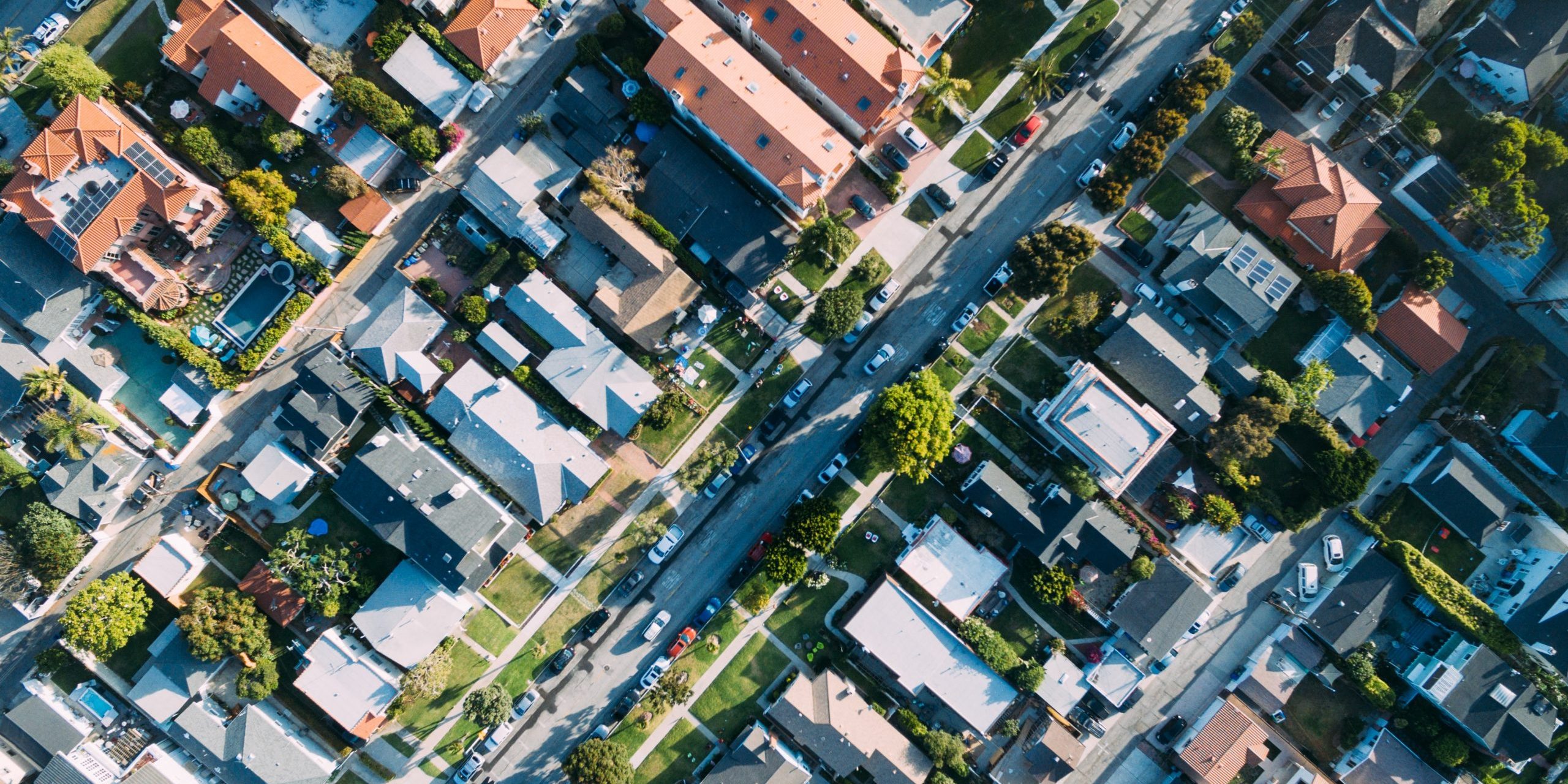 Readers may be surprised to hear that there was much in the Tim Sneesby editorial published in The Fifth Estate on 21 April 2020 which the Urban Taskforce agrees. But there were a few “cheap-shots” at the private sector property and construction sector generally, and the Urban Taskforce in particular, that merit a response.

Firstly, the Urban Taskforce is not advocating for throwing out the planning system with its checks and balances. Merit based assessment based on strategic and site-specific analysis is fundamental to the planning system. Local controls are important, but were never meant to apply to each and every site – that is why SEPP 1, which allowed for flexibility based on a merit assessment) was introduced (now applied through Cl 4.6 of the Standard LEP instrument).

When we call for reducing red tape, we are referring to specific concerns.

Some councils have been very slow in assessing DAs, many of which are complying DAs. So much is this the case, that the Land and Environment Court wait times have blown out from three months to 18 months. That is why we called for additional funding for the court system. The NSW government has responded, announcing funding for additional commissioners as part of the latest round of planning reforms.

However, a better reform would be to fund councils to employ more planning assessors. Further, we recognise that councils are often not the problem. Councils often cop the blame for significant delays caused by referral agencies (RMS in particular) doing their own assessments.

Other examples of delay arise from concurrence required from agencies such as Sydney Water, Office of Environment and Heritage, Health and Education.

Many of these agencies have been the victim of 12 years of cuts in funding – referred to as “Treasury Dividends” and they typically apply to “non front line services”.

This has meant that many good planners have left the public service. This has slowed the process down.

With this in mind, various changes to legislation have increased the burden on councils and planners. Requirements for community consultation strategies and plans are worthy, but they also need to be supported with resources.

The point is that when we call for the cutting of red tape, we are calling for either the rationalisation of unnecessary processes (or duplication of process), or improved resourcing of those activities that produce a timely result.

I agree that it is a fundamental failing in the higher education system that renders planners without any significant knowledge of economics.

Planners (and the Environmental Planning and Assessment Act 1979) are critical in driving economic growth in a sustainable manner. A basic knowledge of project feasibility and economic impacts and costs of policy reform would also greatly assist in determining what is affordable in terms of levies and charges.

It is a fact that fees and charges in NSW (SICs; s.94 or 7.11 and 7.12 contributions; voluntary planning agreements, development application fees and stamp duty) are significantly higher in NSW than in Victoria or Queensland.

It is also a fact that the NSW planning system is the slowest in the nation in every single development assessment category. On average, it takes twice as long in NSW than Victoria and three times as long as in Queensland.

We agree that the production of housing has been strong in the two years leading up to COVID-19. But construction completion is a lagging indicator.

Development approvals for new dwellings (separated dwellings and multi-storey apartments) have dropped off a cliff over the last two years. They are now down to GFC levels – and that is before COVID-19 hit.

Even in the good years (the last two years which Tim refers to), the number of new homes completed was just above what the Greater Sydney Commission (GSC) says is needed every year to meet demand from the growing population.

But with the drop off in approvals, this will flow on to a drop off in new homes. From an economic perspective, it will also result in a drop off in construction activity. This will exacerbate the COVID-19 inspired recession.

It was the GSC under Lucy Turnbull, along with some clear political signals from the government, that slowed down the planning system. The District Plans were poorly researched and served only to slow up the rezoning of land for development into housing. They were not effectively co-ordinated with infrastructure plans and they took no account of feasibility and the availability of consolidated parcels of land.

Further, the effective prohibition on proponent-initiated merit-based planning proposals has served to grind down new dwelling approvals in brownfield areas where infrastructure exists.

At their core, the District Plans will serve only as a general guide for development decisions. And their quality makes them useful only for this purpose.

The prohibition on any development of disused industrial land effectively pushed development into greenfield release areas (with higher infrastructure costs).

The GSC made this recommendation to government based on nothing more than a single research paper based on the availability of industrial land in Wollongong (not Sydney … Wollongong)!

Then the abandonment of new infrastructure-based corridor density (at Ryde, St Leonards, Parramatta Road corridor and the Sydenham to Bankstown corridor) further pushed the burden of growth into the suburbs (missing middle development) and to the outskirts of Sydney (greenfield development).

The GSC under Lucy Turnbull was a political animal. Far from being strategic leaders in planning, they spend most of their time overturning the good work undertaken by the priority precincts team at the Department of Planning.

Worse than that, under previous leadership, they did not lift a finger to push councils to deliver approvals and completions consistent with housing targets for fear of “burning social capital which had been lost during the failed council amalgamation process”.

When the former Reserve Bank Governor Glenn Stevens was called in by Premier Berejiklian in 2017 to undertake an independent report on housing affordability, he concluded that the inelasticity in supply (slowness of the system and under supply in relation to demand) were significant factors pushing up housing prices.

In May 2017, the estimate of under supply of housing supply was 100,000 dwellings. The Greater Sydney Commission advised that to address this, 45,000 new dwellings would need to be produced every year for 20 years.

This was achieved for two years (based on the tail of the Part 3A approvals and the push for priority planned precincts) but then politicians reacted to pushback from local communities and councils devoted their focus to strategic plans.

Stevens noted the high price of land in Sydney and promoted the need for smaller lot sizes (as an option) and smaller apartments.

The length of time taken for rezoning approvals and development application approvals was highlighted as a significant cost burden. It is here that cutting red tape can really assist.

Stevens noted that while the GSC had set housing targets, there was not sanction on councils (or anyone) where completion targets are not met.

Finally, there were suggestions in relation to foreign investors being taxed (which were implemented) and the need for a look at the tax system to encourage institutional investment in rental accommodation.

This was an independent assessment. This is not a collusion of “mates”. DPE (as they were then known) were central to this analysis, as was the GSC, Treasury and Department of Premier and Cabinet.

Urban Taskforce has no issue with a comprehensive suite of strategic plans – but they need to be flexible, regularly updated and be subjected to ground truth testing, to enable them to respond to changing market conditions (those we face now).

For example, zoning land for residential development is of no practical use if the land ownership is fractured or the land is not serviced by infrastructure.

In the meantime, however, it is a fundamental failure of the NSW planning system that approvals dropped to 2011/2012 levels before COVID-19 took hold. This will hinder the recovery from COVID-19. It is in this context that the Urban Taskforce calls for a fast-tracking of process.

The suggestion by Tim Sneesby that housing strategies prepared by councils be used as a base for fast-tracking approvals is positive. We support this.

But this recession will be significant and it will take more than some “missing middle” infill development to solve the problem. That is why Treasury called for suggestions from the private sector. With Geoff Roberts now heading the GSC, there is some hope for an economic focus from that body. In the meantime, it is DPIE and Treasury doing the heavy lifting.

Sadly, unemployment will be a feature of the discussion on our economy for years to come.

The fact is we still have an under supply of housing and this is pushing up housing prices. I would be delighted for planners to join the economic conversation in a meaningful way and welcome a constructive debate with Tim Sneesby and his colleagues.