What California is d ... 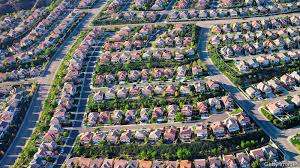 NAHB CEO Jerry Howard on the mortgage default rate reaching the highest level since the financial crisis and the rent-control proposal in California.

Amid a housing crisis in California, state lawmakers are grappling with ways to address the growing issue.

The state’s housing problem has been caused at least in part by a slowdown in construction: During the first half of 2019, there was a “substantial decline” in the number of new housing units authorized by building permits, according to the Public Policy Institute of California.

According to state officials, production has averaged less than 80,000 new homes per year over the past decade – and production continues to trend “far below” projected needs – of 180,000 additional homes each year.

California is home to 22 percent of the nation’s homeless population. According to National Association of Home Builders (NAHB) CEO Jerry Howard the problem boils down to one word: regulation.

“In San Diego County, California, 60 percent of the cost of building a house is regulatory compliance, and the bulk of that is local and state regulations,” Howard told FOX Business.

The problem is widespread in the urban areas of the state, Howard noted.

In the past, lawmakers have turned to rent control policies as a means to keep housing costs down. Howard describes this as a “short-term Band-Aid” that makes the “long-term problem even worse.” It fails to address the underlying problem that demand for affordable housing will drive rents up – and also potentially reduces the incentive for additional construction.

When the wildfires hit the state, however, it was almost like a “light went off” for state lawmakers who realized something needed to be done to reduce regulatory burdens and spur construction, Howard said.

“The fact that we have failed to build enough housing to keep up with the state’s population and job growth has led to the highest rents and home ownership costs in the nation,” Skinner wrote in an op-ed published in the LA Times on Friday.

Local communities have already planned for the additional capacity, she said.

Skinner’s bill, the Housing Crisis Act of 2019, would cut the time it takes to process housing applications to a maximum of 90 days for most projects – and 60 for affordable ones. Cities would also be prevented from hiking fees.

Skinner’s bill is expected to be heard before the state’s Assembly Appropriations Committee on Friday.

Without action, however, the issue will likely get worse.