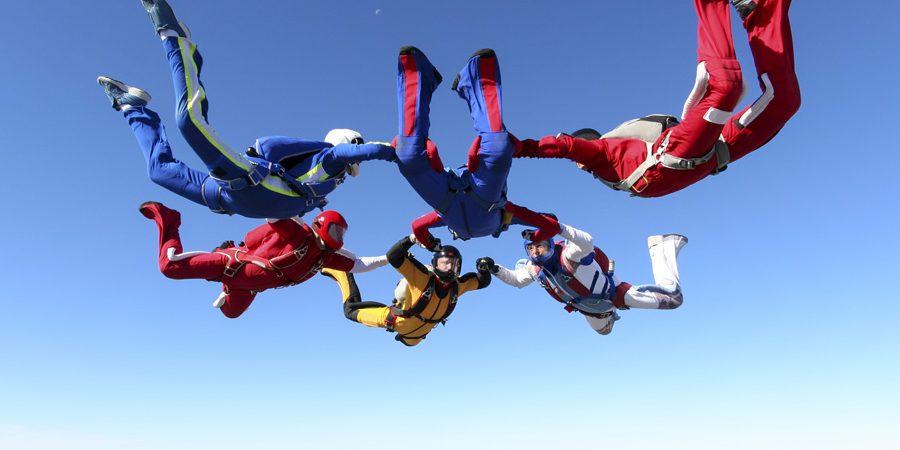 The writer George Saunders has a fitting analogy for the current Covid-19 moment: We’ve slipped on ice but haven’t hit the pavement yet. We’re caught in a suspended state between losing control and feeling the full impact.

The comparison points to a paradoxical tension that leaders must manage: providing direction, guidance, and reassurance while acknowledging that the path ahead isn’t clear. Doing one thing without the other doesn’t work. Both are needed to help people find the clarity and strength to move forward.

Balancing this tension requires leaders to lead with humanity and do a few important things.

Hard-charging cost savings and profit motives that may have previously served an organization well could backfire in the current environment. In a recent survey by the public relations firm Edelman, 71% of respondents said they would lose trust in a brand forever if they believed it was putting profit over people. The reaction to companies perceived as having done so has been punishing and swift:

Other organizations are putting people first. The Las Vegas Sands has said it will pay its nearly 10,000 employees as if they were still working even though its properties have been closed. The Dallas Mavericks has kept on all its hourly workers.

And consider VillageMD, which partners with and employs some 2,700 physicians across the United States. I spoke with CEO Tim Barry last week about his company’s strategy. With patient volume in many medical practices down by 50% to 75% and providers laying off and furloughing clinical and nonclinical staff, VillageMD is finding creative ways to keep people on. It’s scaling back office visits, now reserved for the most medically needy, and ramping up telehealth services.

“We are resisting cuts, because it’s the right thing to do for both patients and staff,” Barry told me. “Instead of laying off our medical assistants, we have asked them to stay in virtual contact with our sicker patients. The patients love the extra attention during this confusing and often lonely time, and our staff is thrilled to continue engaging with them. While we can’t guarantee no layoffs, we are being transparent about the situation and our desire to avoid them. And we are asking people to be flexible in terms of what is being asked of them.”

Be Up-Front and Vulnerable

Everyone is having bad moments, bad days, and bad weeks. It’s OK to let the struggles show. Several years ago I wrote about the idea that good leaders get emotional. That’s never been more true.

After seeing Marriott’s revenue fall by nearly 75% in most markets because of Covid-19, CEO Arne Sorenson wanted to deliver a video message to employees. His team advised against it because of his appearance: He had been undergoing treatment for pancreatic cancer, and chemotherapy had left him bald. Sorenson made the video nonetheless. In it he announced that he and the company’s chairman would forgo their salaries in 2020 and that the executive team’s compensation would be halved. He choked up at the end, while talking about supporting Marriott associates around the world. The video has inspired other leaders to give up their salaries too.

Openness and vulnerability were also exemplified by Dan Price, the CEO of the credit card processor Gravity Payments, whose monthly revenue had been cut in half by the pandemic. He calculated that the company would be bankrupt in several months. Wanting to avoid layoffs but facing a grim financial reality, he decided to share the situation with his staff and get people’s input about how to proceed. Over the course of four days he and his COO held 40 hours of meetings with small groups of employees. “We just put all our cards on the table,” Price says. “And we listened.”

Following the meetings, company leaders decided to reduce salaries rather than lay people off, but their plan had an important twist. Instead of cutting everyone’s pay by a certain percentage across the board, they asked each employee to say privately how much he or she could sacrifice. The strategy worked because Price had built a strong culture of trust. ”CEOs: please, consider talking with your employees before laying them off,” he tweeted. ”We lost half our $4M monthly revenue & had 4-6 months until bankruptcy. When we told employees this, they volunteered pay cuts that will get us through 8-12 months, with no layoffs.”

The pandemic is having a vastly different personal impact from previous crises. People are getting sick; some are dying. Amid our existential anxiety, we’re doing our best to carry on. We’re working from home, if we’re lucky; we may be unemployed, or we may be out on the front lines. Our children are trying to learn online and are missing their friends. We’re worried about our elderly loved ones. We’re worried about rent, mortgages, and the other day-to-day needs we took for granted just weeks ago. Compassion and opportunities for sustained connection are critical.

For leaders, this means, at a minimum, slowing down, being flexible, and giving employees leeway to deal with these new challenges. It also means an opportunity to connect more deeply.

Last week I spoke with the U.S. CEO of a global professional services firm about the importance of making time for personal connections. “We’re learning a lot about what works and what doesn’t in connecting the organization virtually,” he said. “One of the most valuable lessons is the importance of making more room for informal, face-to-face, unstructured time. In a culture that is usually all business, we’ve been hitting the pause button to just listen and support one another.”

He shared an example of a town hall call that went over by an hour as colleagues in some of the hardest-hit areas of the world shared their stories. “As leaders, we recognized that the need to hear and support one another was more important than the transactional needs at that moment. That simple insight can be easily missed among a bunch of Type-A professionals. But it’s crucial. The former supports the latter over the long term.”

Connecting on a personal level has also been a priority for Neil Sprackling, president of U.S. Life & Health at the reinsurer Swiss Re. “I start and finish every employee and client interaction on a personal note,” he says. “We tell stories, and I ask if they need any specific support. It seems small, but taking the time to consciously do this has been tremendously helpful in strengthening relationships and maintaining our sanity.”

That personal approach has been extended to group gatherings. When one of Sprackling’s senior direct reports retired last week after 40 years with Swiss Re, his team organized a surprise virtual farewell. “The retiree thought she was dialing into a call with her direct reports. Then over 30 colleagues and I joined a Skype video chat. We made time for each person to share a tribute. It was a very poignant moment. Kleenex all around.”

It could be argued that the suggestions outlined above are just good leadership, no matter what the circumstances. That may be true, but it misses an important point: Understanding good leadership and practicing it are two different things, especially in the face of uncertainty and one’s own anxiety.

In the weeks and months ahead, leaders need to move beyond themselves and stand in other people’s shoes. Endure challenges on others’ behalf. Be open and vulnerable. Experiment with ways of offering communication and support. Trust that caring and open-hearted leadership will not only pay off now but also reap rewards well into the future.