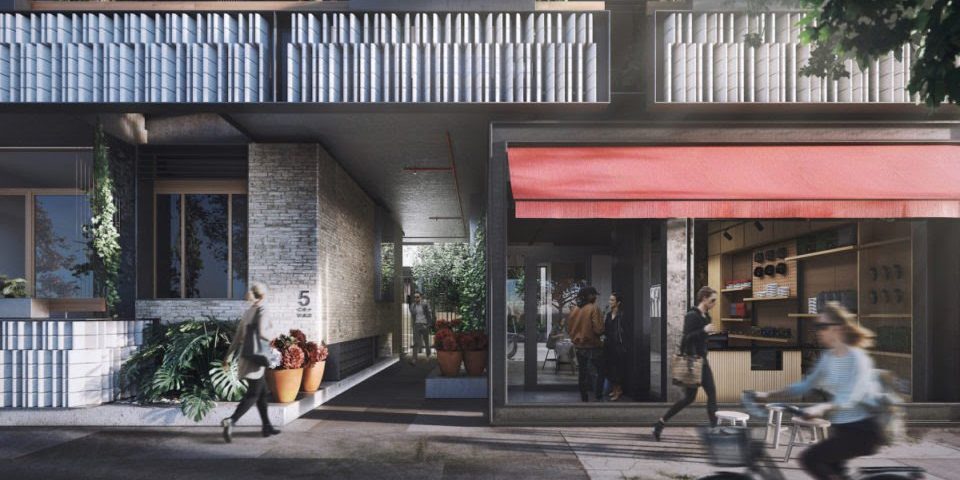 Governments should lease land free of charge to the superannuation industry so more funds can invest in social housing, a former Frasers Property manager has told The New Daily.

Robert Pradolin, who runs Housing All Australians – a not-for-profit dedicated to encouraging private-sector investment in affordable and social housing – said the emerging build-to-rent sector had the potential to improve affordability.

But he said high land and building costs were preventing super funds and other developers from investing enough money into the sector to make inroads into the country’s affordable housing shortage.

And so governments need to provide financial incentives to encourage super funds and other private sector enterprises to invest in social and affordable housing in Australia, rather than chasing higher returns in built-to-rent initiatives overseas, Mr Pradolin said.

“What costs the government effectively nothing, but adds a huge value in terms of getting a sector up and running? It comes down to land supply,” he said.

“If state and federal governments are serious about bridging the shortfall in our supply of non-market housing, and encouraging the private sector to build to rent … [they should] give the market a very clear and easy thing to digest, and offer land for 40 years for $1.

“The [super funds] would then need to come back and offer a mix of build-to-rent housing, where 70 per cent is allowed to be private, and 30 per cent needs to be affordable, for different income levels.

“The winning bid would then be the one that provides the most value in affordable housing.” 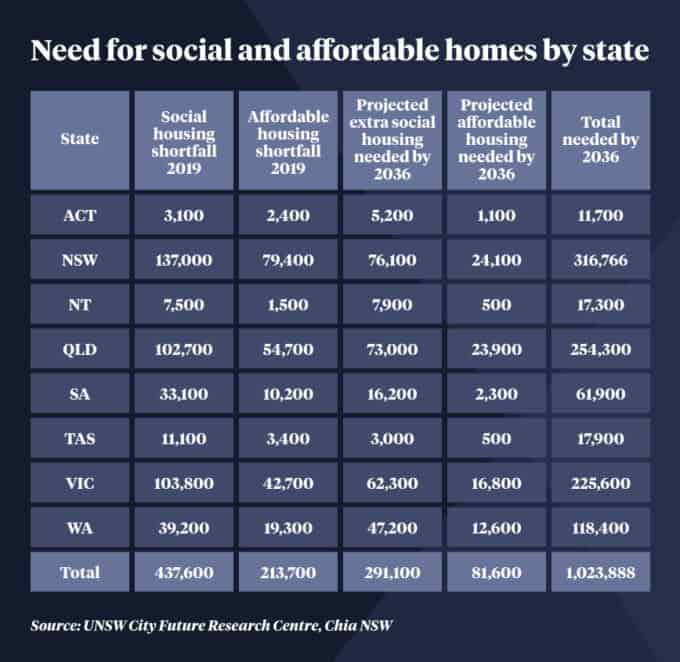 Australia needs to build one million social and affordable houses over the next 20 years.

By eliminating land costs from the equation, governments would make investing in affordable housing financially viable for a large number of super funds which, in turn, would improve affordability, Mr Pradolin said.

But without the government offering financial incentives, the sector wouldn’t get off the ground, as the returns wouldn’t be high enough to entice super funds to invest.

“And there’s enough land for us if we are serious about this strategy.”

Describing the proposition as a “no-brainer”, Mr Pradolin said leasing land for free to super funds and private-sector enterprises would help Australia fight the rising scourge of homelessness and the unintended costs that arise from it.

But University of New South Wales housing researcher Laurence Troy said direct government investment in housing was a better way to improve affordability, as the obligation to deliver profit to members and shareholders made it inherently difficult for super funds and the private sector to build affordable housing. 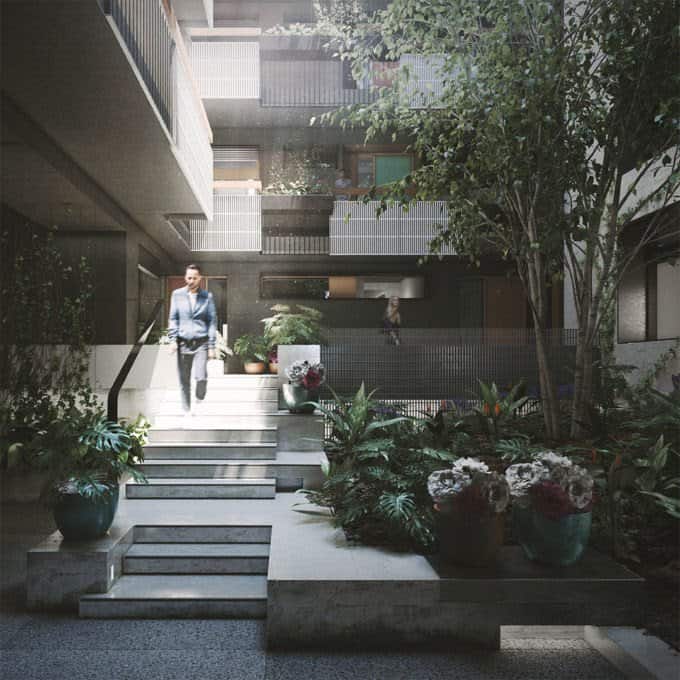 Twenty per cent of apartments in Nightingale Village in Brunswick, Melbourne will be offered to “key contribution workers” at less than market value.

“From an affordability point of view, the market can’t deliver,” Dr Troy told The New Daily.

“We know that, and that’s why we don’t have enough affordable and social housing. So [direct government investment] has to be part of the strategy.

“And in the 1950s governments were building something like 15,000 per year … so the precedent is there.”

The fourth in a series of six-architecturally designed buildings in Brunswick, in Melbourne’s inner north, the 185-unit project will allocate 60 per cent of the apartments to the general public, 20 per cent to nurses and other “key contribution workers”, and a further 20 per cent to community housing providers that will offer them at below-market rent to “eligible clients”. 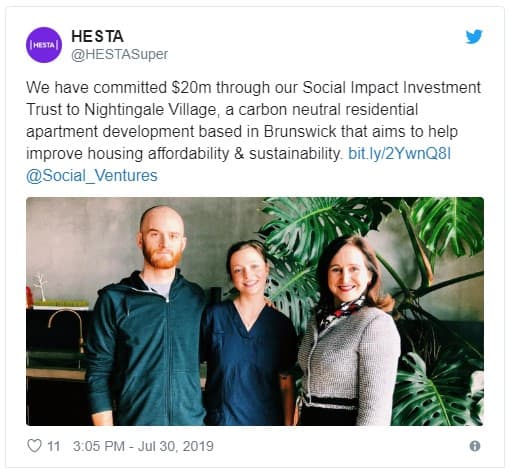 HESTA CEO Debby Blakey said the aim of the initiative was to provide affordable housing to community workers close to major infrastructure.

“Having a home is a fundamental element of financial security and societal connection and the lack of affordable homes close to major infrastructure is a huge issue for the community and our members,” she said in a statement.

“We want to prove that you can invest to achieve returns for members and help address big social challenges like housing affordability.”

The investment was “a very positive move” and would hopefully encourage other funds to follow suit, according to Mr Pradolin.

“HESTA has always been ahead of the curve in terms of affordable housing,” he said.

“But $20 million isn’t much, so it’s not going to make any difference other than to start the process.”