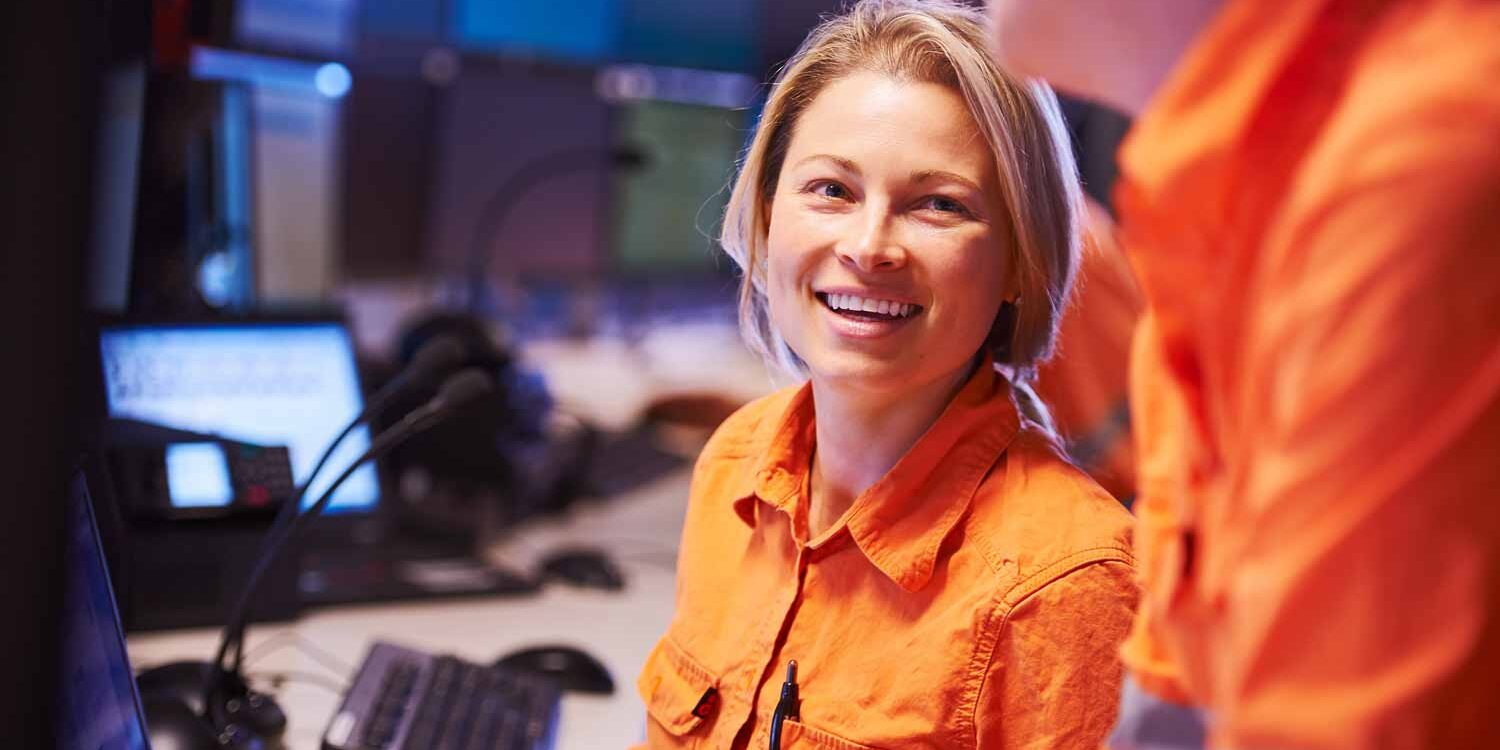 Diversity and inclusion work is hard. Even the most well-intentioned and well-funded D&I efforts have struggled to move the needle. So, it was stunning four years ago when Melbourne-based BHP, the world’s second-largest mining company, announced its diversity goal: gender parity by 2025, tripling the number of women who worked for it from 17.6% to 50%.

Because this marked a historic turning point for BHP, the company created a new role to lead the effort. They filled it with Fiona Vines, who had run the diversity and inclusion team at ANZ, one of Australia’s Big Four banks. “The week I started at BHP,” Fiona says, “was the week that aspirational goal was announced, so things got pretty busy pretty quickly.”

Mining is one of the most male-dominated industries in the world, and BHP’s very public goal-setting seemed implausible at best. But then the company produced a gender-parity plan that was every bit as bold as the goal.

Even if your company’s diversity efforts are not primarily focused on gender, there’s a lot to learn from BHP’s initiatives. Here are the four pillars of their approach:

1. Embed flexibility into the way you work

LinkedIn research has found that women are 22% more likely than men to cite flexible work arrangements as a very important factor when considering a job. And being at work for a mining company has often meant being away from home for days at a time; workers have faced unbending rigidity about the times they’re expected to be at work.

“We have managed to introduce flexibility into that environment,” Fiona says, “through dynamic rostering, roster choice, job sharing, and people taking career breaks at different stages in their time with us.”

For example, in one part of its business, rather than offering all their fly-in, fly-out employees a standard two-weeks-on, one-week-off schedule, BHP created 13 different rostering combinations (and adjusted wages according to the schedule chosen). Workers were able to choose what amounted to a job share at 50% salary or select options that paid 66% or 75% for a reduced schedule.

“We deliberately didn’t have a very prescriptive approach,” Fiona says, “because, by definition, flexible work needs to be flexible.” But BHP did have some guiding principles: Start from a position of trust; start from a position that every role is flexible; and make flexible work available to anyone, for any reason. By 2019, 40% of BHP’s global workforce was working flexibly, with 70% of those flex workers being men.

“It took off like wildfire,” Fiona says. “I cannot recommend enough that this be a core part of any organization’s inclusion and diversity strategy.” Work flexibility was once considered a generous perk for employees; now it’s seen as a core business strategy with the capacity to improve retention, attraction, and productivity. Even if you don’t have fly-in, fly-out employees, you can offer your workforce choice in where and when it works.

2. Encourage your supply chain partners to share your commitment to diversity and inclusion

Most of the people who work for BHP actually work for someone else — 60% of the company’s workforce is made up of vendors, contractors, and consultants. BHP spends US$20 billion with 9,000 supply partners annually. These relationships are critical to BHP’s success and will be central to its gender-parity ambitions.

So, early this year, the company published “BHP — Inclusion and Diversity: Partnering for Change,” an aspirational 40-page recap of some of its diversity work so far. The stories include the work BHP did with Caterpillar to create more ergonomic operator cabins and its partnership with Kal Tire to develop the Gravity Assistant System that allows the tools used in tire maintenance to be much lighter — which has made the work easier, faster, and safer for everyone.

BHP has also woven its D&I commitments into its contracts, tenders, and ongoing performance metrics. So, for example, their procurement team provides incentives to supply partners to increase the diversity of the workforces they make available to BHP. “Inclusion,” Fiona says, “is not just the culture and the vibe of the things, it’s the way you work, what you wear, the kind of equipment you’re using, and the kind of food options that you get given at a mining camp.”

The work that BHP is doing with its supply partners is both innovative and transformative. “We call it ‘the supplier multiplier,’” Fiona says. “We know that if we work with our partners to change what they do with us — and we are a very large player in the mining sector globally — they will then take those changes to other organizations that they partner with.”

Your company may not need tools to make six-ton tires easier to handle but it can, for example, ask the businesses that provide your swag to make sure it comes in sizes and fits that work for women as well as men.

“Our company was built by and for white men,” Fiona says. “That’s not blaming anybody. That’s just a reality.”

So, BHP hasn’t always been a particularly work-friendly place for women, Fiona says, as evidenced in a myriad of small things, from the requirement to do heavy lifting to the absence of places for new mothers to express breast milk.

“Across multiple levels of the organization, we’ve undertaken small projects to engineer the bias out of particular processes or tasks,” Fiona says. Often, these efforts tie back to working with vendors. For example, BHP has worked closely with apparel suppliers to vastly expand the sizes and cuts of uniforms as well as the size and weight of helmets, garments, and headlamps, all to ensure that the women who work for the company have clothing that fits and feels right.

Many of the reengineering projects are aimed at tasks or processes specific to mining. But some very important work, Fiona says, is also being done on the structural challenges that face every company — removing the bias from recruitment, performance management, and talent management. Your company may want to start collecting — or monitoring — data to see if there are substantial differences in applications, job offers, compensation, evaluations, or promotions that might identify possible structural challenges for gender equity.

More broadly, BHP has loudly championed the absolute need for a respectful culture. “In our industry, disrespect is quite normalized,” Fiona says. “People don’t even realize that the way they’re behaving is disrespectful. It’s not until you actually change the composition of the workforce quite quickly that it becomes jarring. It’s like, wow, there are all these women here and they’re complaining about us making sexist jokes in the lunchroom. Well, nobody used to care about that. But we’ve changed the workforce. And now we have to change the company as well.”

4. Make sure your brand is attractive to a diverse range of people

Before you even open BHP’s annual report for FY2020, you’ll notice it features two women on the cover, both wearing company hard hats, safety glasses, and orange-and-white company shirts. The message is unmistakable: Women are welcome! (The “Partnering for Change” brochure mentioned above also features a hard-hatted woman on the cover.)

“The final part of our strategy is more about how we talk about why we want to be a more diverse organization,” Fiona says, “and how do we make sure that our brand reflects what we want? It’s as subtle as the images that we use in our marketing in our job advertisements and in the language we use.” BHP makes extensive use of social media, on which it outlines its strategy, its progress, and its human stories.

BHP is also laser-focused on how it shows up at conferences and in the media. “Are we showing up in a gender-balanced way?” Fiona says. “Are we actually out there talking about this issue and being a strong advocate for change? We have been very public in our narrative about this issue for the last four years. We need to make sure that we are then going and telling people about the changes we’re making.”

Like BHP, your company may have stories about its D&I efforts it wants to share. The good news? Employees, candidates, and customers are all looking for businesses to take a stand, and companies who post on diversity-related topics will drive more traffic.

So, how is BHP doing against its grand ambition? The company’s workforce is now 26.5% women, a 50% improvement that, Fiona says, means they’re halfway to halfway.

Realistically, BHP will have a nearly impossible time hitting its goal. And that may be beside the point. As its website notes: “If we continued what we were doing, it would have taken us 30 years — a glacial pace — to get to 30% female representation.” Now they will get there in a small fraction of that time.

And BHP is already reaping rewards for diversifying its workforce. Its internal research has found that its most diverse and inclusive teams are outperforming other teams on productivity, safety, and culture.

While women have been the focus of BHP’s efforts, the company has never lost sight of other underrepresented groups, including indigenous people, LGBTQ+, and people with disabilities.

“What we know four years later,” Fiona says, “is by changing things to make the workplace more inclusive for women, you actually make it more inclusive for so many other people that the overlap of impact is significant. The benefit that you get from trying to fix the organization for women, actually fixes it for most humans.”