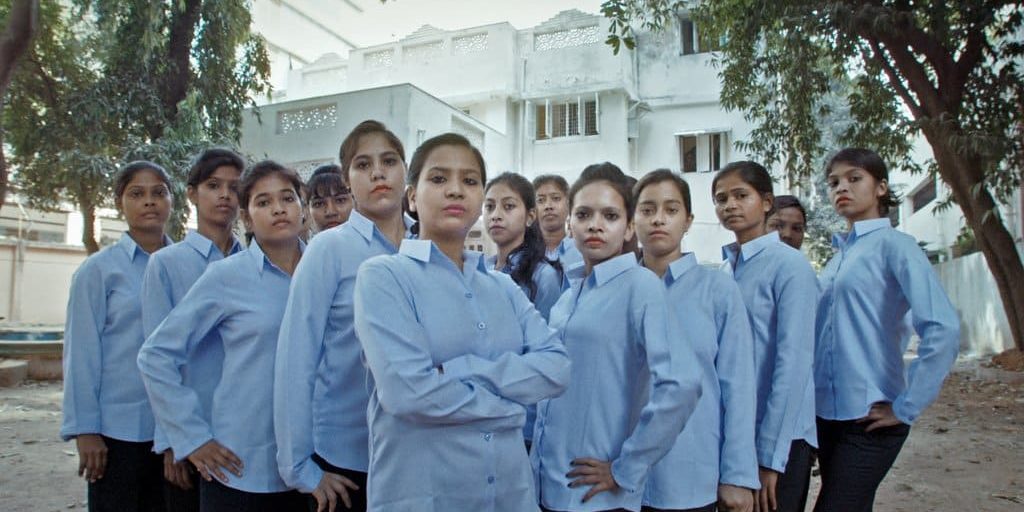 Every year, 20,000 Indian women and children are sold into modern slavery.

That’s over 50 women and children every day whose lives are commodified — their existences bought and sold.

What if each of those women could become — instead of a victim of trafficking — an advocate against it?

That’s exactly what the School for Justice, a pre-professional school that helps former trafficking victims to get into law school, had in mind when it opened this April. Worldwide, more than 21 million people are the victims of human trafficking, according to UNICEF, the vast majority of them women and girls. The School of Justice is a pioneering program that aims to help such women get back on their feet and ultimately into the workforce as lawyers.

The program launched in India this year with 19 students, and the organization that runs the initiative, the Free A Girl movement, plans to open more schools in Brazil and elsewhere around the world, according to Free A Girl founder Evelien Hölsken, who responded to Global Citizen’s questions in an email. The Free a Girl movement aims to raise awareness about child sex trafficking, as well as rescue and rehabilitate former victims.

For women and girls who experience trafficking, it’s an experience that often stays with them for the rest of their lives, a scar that can hold them back from education and employment opportunities. The stigma is deep and the trend is increasing, according to Reuters.

According to the School for Justice website, there are an estimated 1.2 million underaged girls working in brothels in India alone, the highest number in the world, but in 2015 there were only 55 convictions for sex trafficking.

It was this culture of impunity that led Hölsken to found the School for Justice.

“In India, people involved in child prostitution, including traffickers, brothel owners, pimps and customers are rarely punished,” Hölsken wrote in an email. “To put an end to this injustice and to take the offenders off the streets, we launched the School for Justice.” The school opened in April with 19 members — all of them women, according to Holsken. The organization works with local NGO partners in India, including Sanlaap, Freedom Firm, Transforming Lives Foundation, Equal Community Foundation, and Odanadi, to rescue girls from brothels. These organizations work primarily in large cities like Mumbai, Kolkata, and Bangalore.

Once girls are removed from brothels, they are housed at a shared dorm, the location of which is undisclosed safety reasons, according to HuffPost.

The initiative, according to Free A Girl’s website, is completely crowdfunded, and HuffPost has reported that non-profit donors in the Netherlands, such as the AFAS Foundation, have already committed enough funding for the next two years.

It costs an estimated $3,400 per student per year, according to HuffPost.  This cost covers room and board, as well as extra tutoring, exam costs, and course materials. The program prepares students to enter “one of the best law universities in India” and later “will lobby the government to give them a chance to become public prosecutors,” according to the School for Justice’s site.

Although School For Justice is still a pilot initiative, tackling a problem with roots as deep as sex trafficking in Southeast Asia will need a radical shift in India’s criminal justice system as well, according to Siddharth Kara, the director of Harvard’s Program on Human Trafficking and Modern Slavery.

“As a first step this is a very commendable and promising idea,” Kara told Global Citizen of the School for Justice. “There are very few people who want to stand up for the rights of former slaves in South Asia.”

But, he added, “the laws aren’t there to pursue justice in an equitable way for survivors.”

India’s sexual assault laws were last updated in 2013, after a fatal gang rape on a bus in Delhi in December of 2012. The new law criminalized stalking, voyeurism, and sexual harassment, and instituted the death penalty for fatal rapes.

“The implementation remains the larger challenge,” Ranjana Kumari, a women’s activist and director of the Centre for Social Research, told the Guardian.

Other offenses, such as marital rape, remain outside of the bounds of the law. Changing these laws and ensuring the existing legislation is actually implemented is the momentous task the students at India’s School for Justice will face upon graduation.

“Despite the stigma attached to sex trafficking survivors they decided to stand up and share their story in the hope that it will change the system,” Hölsken wrote. “These 19 girls might not change the system themselves, but their story has reached many people all over the world and hopefully it will inspire others to support them.”