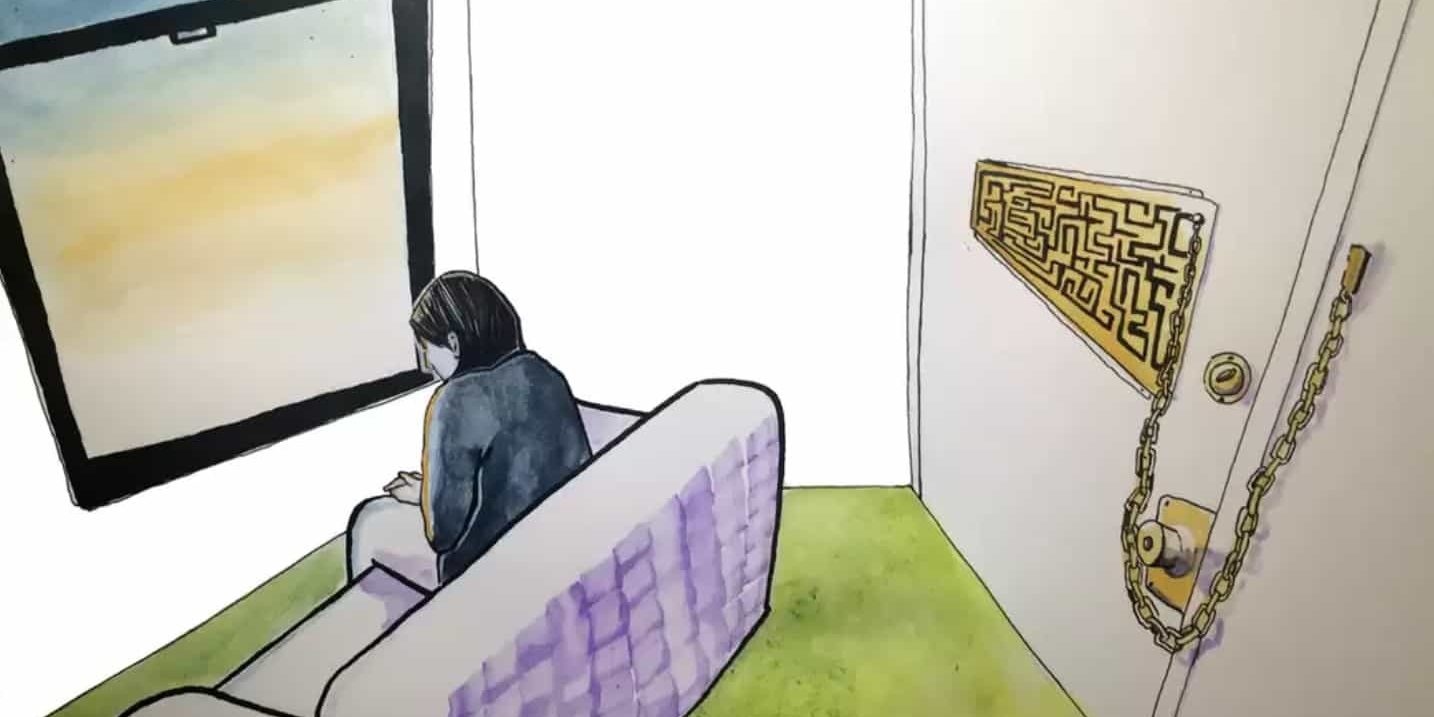 With rental prices going up in major cities across the globe, a sizeable percentage of women report being in an unwanted sexual relationship to avoid homelessness.

Moving in with someone is probably one of the biggest decisions you’ll ever make. There are the petty quarrels that pepper the start of a relationship between people bunking up—the horror that they do not refrigerate butter to conflicting ideas about what a “tidy” bedroom really means—and then the bigger stuff. Stuff like rent, bills, taxes. The things that make the difference between being able to sleep comfortably at night or trudging through the snow with a blanket to avail yourself on your friend’s couch.

It’s these very financial issues that can morph into a form of abuse and control in a relationship. These scenarios run the gambit from “we’re not in love, but I suppose this will do until my next paycheck” to the much more frightening situation of living with an abusive partner and being too broke to move out.

A spokesperson from the National Domestic Violence Hotline characterizes this dynamic as “economic or financial abuse.” Examples of this can include giving a person an allowance and closely watching how they spend it or demanding receipts for their purchases, or placing your paycheck in their bank account and denying you access to it.

A UK trade-in site, Ziffit, polled 2,040 people across the UK and found that 28 percent of surveyed participants currently in a relationship admitted that financial security was a key factor keeping them with their current partner.

A UK-based homeless charity, Crisis, published a report that found 27 percent of homeless service users claimed that they had formed an unwanted sexual relationship with someone since being homeless, and this was a measure significantly more women than men resorted to.

Of 2,040 people polled, 28 percent of surveyed participants currently in a relationship admitted that financial security was a key factor keeping them with their current partner.

Wherever you are in the world, the sheer expense of living is a concern, particularly when many of the best paying jobs are located in major metropolitan areas. Indeed, the proximity of housing to such well-paying jobs is part of what drives up rental costs. For instance, the cost of an apartment in Manhattan reached a record high last year. In 2015, Los Angeles had rental vacancies at just 3.3 percent in a city of 3.9 million people. In the UK, according to a Shelter study, 352,000 renters were threatened with eviction in 2015.

Many young people are at the total mercy of their landlords or partners. Then factor in the global gender pay gap and it’s little wonder women are put in difficult positions time and time again.

Melinda*, a 25-year-old administrative worker from London, knows this feeling all too well. After being fired from her job as a live-in housekeeper and nanny, she was thrown out into the street with little money.

“I was squatting and sleeping on people’s sofas for about a month, which was fine at first, but it started to get cold last winter,” Melinda says. Melinda was able to land an internship in Kent. She also met a man through mutual friends who offered to let her stay in his house in Kent. “I liked him, but I never wanted it to be a long-term thing,” she says.

After two months of living with him, the plan soured. The man lived an hour away from her friends, making Melinda feel isolated. He also became extremely possessive. “I soon realized I wanted to leave—but I had nowhere to go so I bit my tongue. It was a nice home and he’d cook me dinner every night. But the weird thing was that because of this, he acted as if he owned me.”

After six months of living in this strange isolation, Melinda saved enough money to leave. “A month after I left, he was still texting me all the time and he even offered me a monthly allowance to get back with him, professing to be ‘concerned’ about me, while really making a desperate attempt to exert his control.”

Kaylin, 23, suffered horrendous physical injuries at the hands of her controlling boyfriend, who she became emotionally and financially dependent on after losing her job.

At first, Kaylin recalls her boyfriend was charming and enigmatic—”you know in the movies, you fall for the bad guy nobody else understands”—but he turned out to be incredibly abusive. “We got together in October a few years ago, I moved in with him that November or December, and he started being violent in February.”

He was on government benefits and lived in subsidized housing. Kaylin was working as a waitress and didn’t need to pay rent. She did end up paying for everything else, like bills, food, and other expenses related to her boyfriend’s drug problem and lack of a car. “It’s nobody’s fault but my own,” Kaylin says. “We’d end up in a massive argument or an all-out violent outburst. I was too weak to do anything.” One of these fights left Kaylin injured and unable to come into work. She was fired.

“I only had him as my support network,” Kaylin says. “I do have a good relationship with my family now but I didn’t back then. I kept leaving and going back to my family and they’d say: ‘you want this life, we’re not getting involved’.” She tried to leave him around eight times, sleeping in her car for a few days or weeks at a time.

It came to a head that July when she left him for good. The confrontation was violent and the blows Kaylin suffered gave her a concussion. With no place to go, Kaylin went to a library and they helped her get to the hospital. “He smashed my head against doors, floors, and walls. I had a bong smashed over my head. I had severe soft tissue damage done to my right hand from protecting myself and had a bruise on the left side of my hip and the side of my right knee,” she says. “Then I called my mom and she was there straight away.” Kaylin is now a care assistant and campaigns for domestic violence victims with the charity Refuge.

Clare Prendergast, a counsellor for Relate, says there are different strategies you can take when you need to leave a financially abusive or dependent relationship.

“For some women, it might not be an overnight plan that saves you-you might need to leave immediately if he’s being physically abusive,” Prendergast says. “But it might be up to a five-year plan if it’s a more subtle form of control. It might be a situation where you need to speak to someone to help recover your sanity and then figure out a plan to change it. It might be going back to school, getting a small job, setting up a secret savings account, but knowing you’ve got an exit plan might be enough to help you stomach it before you can leave.”

If you are in an unhealthy or abusive relationship, seek help: http://www.refuge.org.uk/ (UK), http://www.ncadv.org/ (US), http://www.theredwood.com/ (Canada)

*Some names have been changed