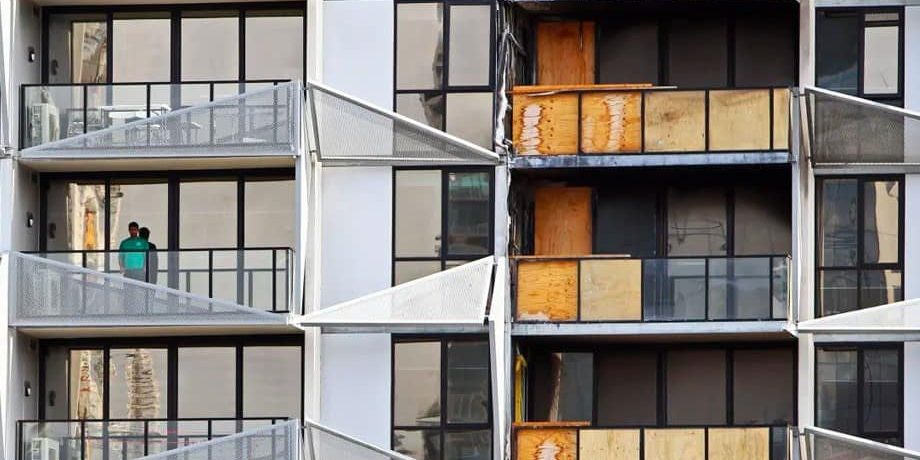 Australia’s building and construction crisis will cost $6.2 billion in remediation and associated costs, according to new research commissioned by the construction union.

The report found that over 3,400 apartment buildings across Australia had defective, non-compliant combustible cladding installed, and would require remediation work to make the buildings safe. 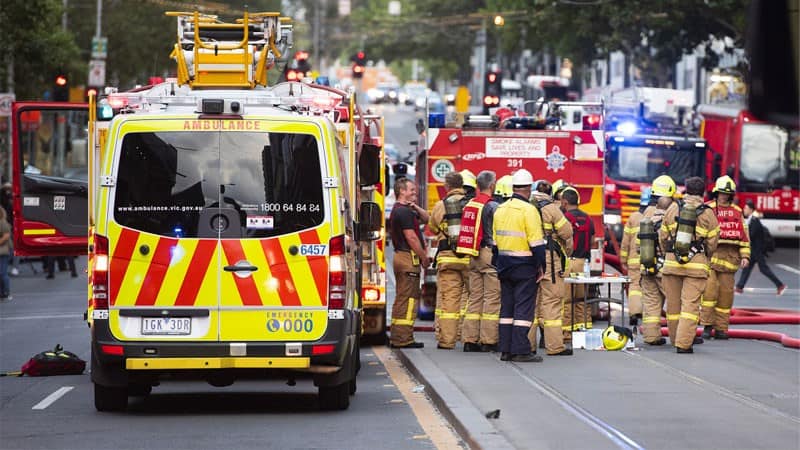 ▲ Extra fire fighters were deployed to Melbourne’s Neo200 blaze because of the use of cladding. Image: AAP

Defects within the construction industry have been a hot topic with pressure is mounting on officials to provide more support and funding either to individual owners’ corporations, or councils confronted with buildings that could need flammable cladding replaced and defects addressed.

Many high-rise apartment owners in Australia have been left to pay to fix widespread problems such as water penetration and incomplete fire safety systems.

The report said the country’s building industry had reached “crisis point” and pointed to governments’ failure to enforce building standards.

The lack of standards and emerging dangers were dramatically revealed in November 2014 when fire raced up 13 levels of Melbourne’s residential Lacrosse Tower in as little as ten minutes.

In June 2017, a fire at London’s Grenfell Tower killed 72 people, which prompted the Australian government to commission an inquiry into the country’s building and construction system.

Christmas Eve last year later revealed the systemic problems within the industry were far wider than just cladding, when residents of the 36-level Opal Tower in Sydney were evacuated after the concrete in the building’s walls and floor cracked. 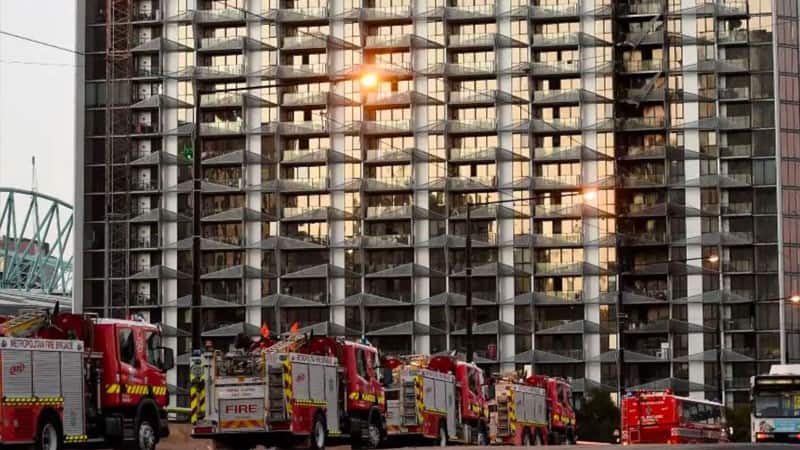 ▲ As many as 74 per cent of all buildings in Victoria were found to have at least one type of defect and the average number per building was 11.

A cladding fire swept up another Melbourne building, the 43-storey Neo200 in February of this year and Mascot Towers in Sydney’s inner-south was closed to residents in June after cracks were found in its car park.

While Australia has so far suffered no fatalities from a Grenfell-type fire, the use of combustible cladding is more widespread in this country.

Victoria alone has 681 privately owned buildings with the material – more than four times the UK total – while the latest audited numbers show NSW has 447 such buildings classed as “high risk”.

The first stage of Queensland’s audit process turned up 5,026 buildings in need of further inspection.

“In some cases, the costs of this remediation has been up to $165,000 per dwelling – enough to sink many families.” 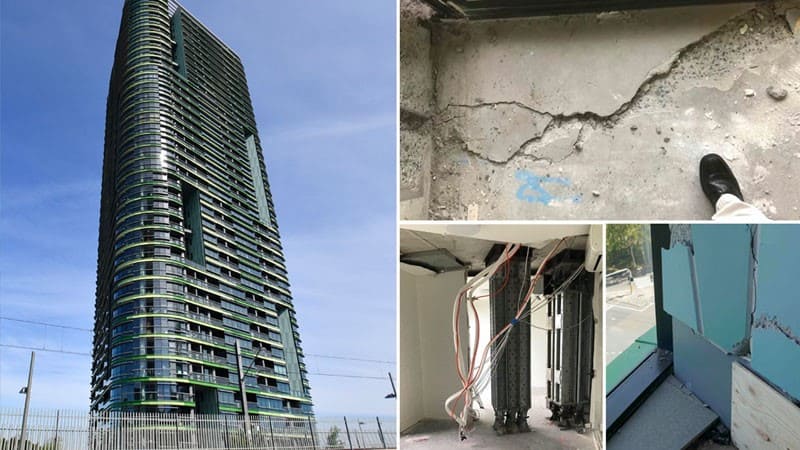 ▲ Residents of Sydney’s defective Opal Tower have moved to sue the NSW government for compensation in a class-action lawsuit.

Noonan said Australia’s building and construction crisis was brought about by a range of factors the union has been raising concerns over for many years.

“This is the result of the construction industry’s obsession with ‘deregulation’ at any cost, and poor oversight by government.”

“It’s the result of years of not enforcing building standards and of allowing industry to ‘self-approve’ with little or no oversight. Often, it has fallen on the union to blow the whistle.”

Noonan stated that more failures would occur if governments didn’t make great changes to the way construction was done in Australia.

“This national crisis in construction can only be resolved through close consultation with workers and the Construction Forestry Maritime Mining and Energy Union will continue to play a constructive role in developing solutions for our industry.”

“Now is the time to come together – not silence dissent.

“We’ll be producing detailed policy solutions and will work with the Federal and State governments across Australia over the coming months.”