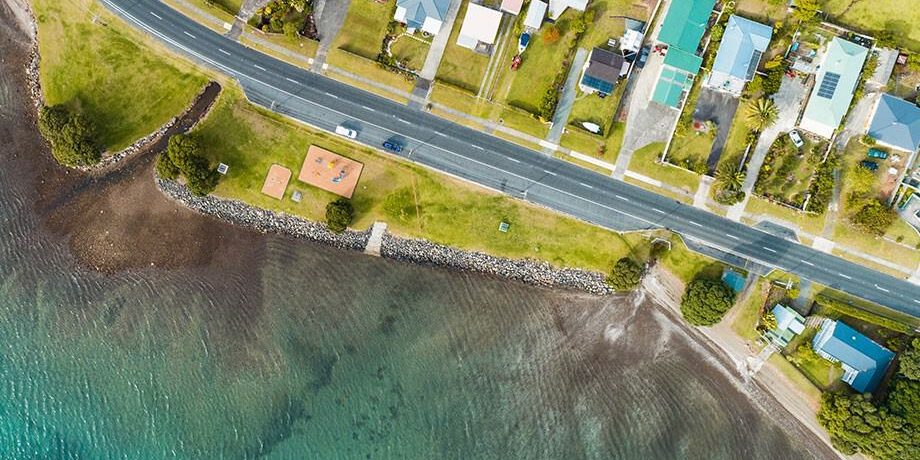 Australia has many rising markets charted by an increasing number of house and unit sales.

Market sentiment appears to be spurred on by the Reserve Bank cutting interest rates to historic lows this year, APRA removing the 7 per cent interest rate buffer on mortgage lending, and negative gearing left unchanged.

Following a period of decline in some markets, Hotspotting.com.au founder Terry Ryder says Australia’s leading growth markets are showing up in unexpected places.

The latest Hotspotting Price Predictor Index, which reveals the nation’s top 10 list for municipalities, has found the highest number of growth suburbs in regional centres like Victoria’s Bendigo and Queensland’s Sunshine Coast.

The index, is based on two fundamentals: sales volumes as a better way to chart market growth than median prices, and a sustained rise in sales volumes to be followed by a rise in prices.

Bendigo is now the leading market in Victoria in terms of the number of suburbs with rising demand, having overtaken other strong markets like Geelong and Ballarat.

It’s attracting both home buyers and investors out of Melbourne, chasing affordability and better rental yields in a growth centre.

Many Bendigo suburbs have median prices in the $300,000s, emphasising the city’s affordability.

Bendigo is rising because of its own inherent strengths—including a strong and diverse economy—and its strong links to Melbourne. 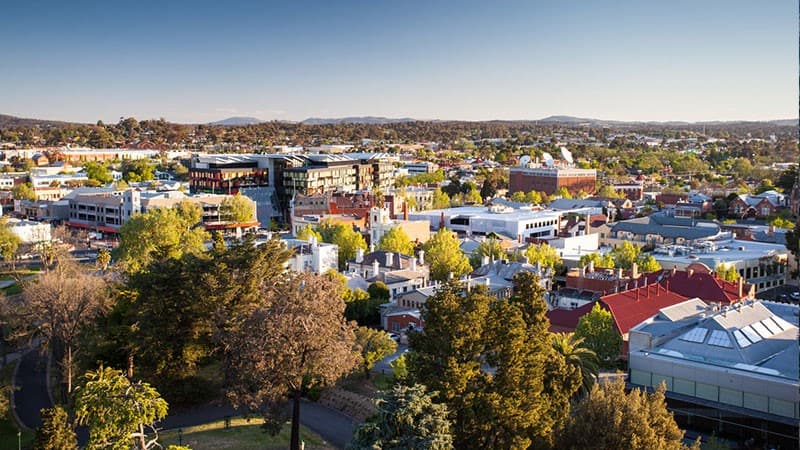 The Brisbane north precinct is the most active part of the Brisbane market, poised for stronger growth.

This middle-ring area has 10 suburbs with rising sales demand, including Alderley, its median prices have risen 5 per cent for houses and 22 per cent for units.

The Sunshine Coast continues to be the strongest of the Queensland markets, both in terms of rising sales activity and price growth.

Sunshine Coast is rising while the more high-profile Gold Coast market is falling.

The Sunshine Coast has 10 suburbs with rising buyer demand and another 13 have consistent sales activity. Landsborough and Little Mountain feature on our National Top 50 list.

More than 60 per cent of regional Queensland markets have median prices higher than a year ago. 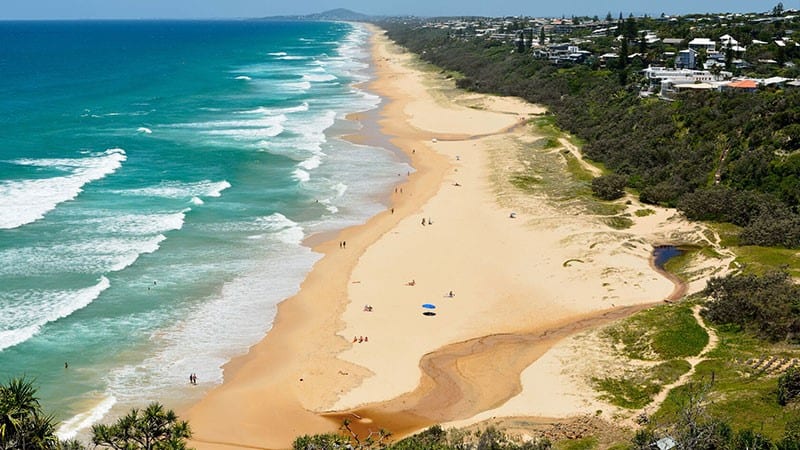 Canberra is the strongest real estate economy in Australia, with the nation’s highest average incomes and the lowest unemployment.

It is challenging Victoria as No.1 on population growth, it has low vacancies and it often leads on rental growth.

The Belconnen District is Canberra’s number one jurisdiction for suburbs with rising sales activity.

This precinct has a number of affordable suburbs, vacancies are well below 1 per cent, rental yields are solid and some suburbs have grown their median prices 6-7 per cent in the past 12 months. 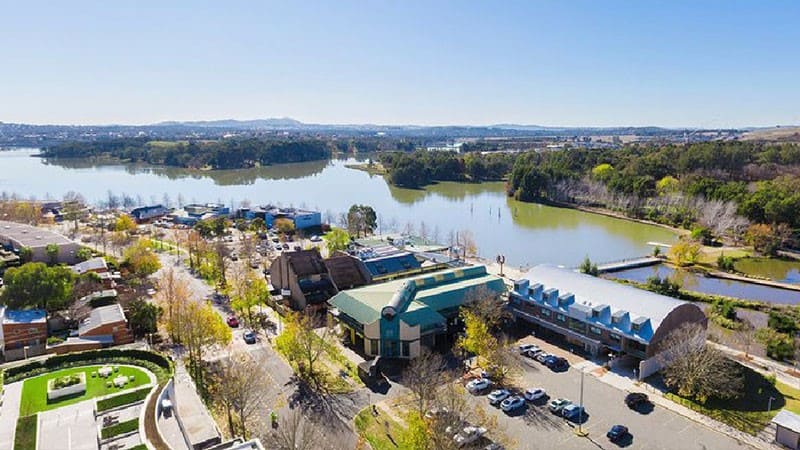 ▲ Built around Lake Ginninderra, the Belconnen area consists of 25 suburbs and is located seven kilometres north-west of Canberra’s CBD.

The Charles Sturt LGA extends north-west from central Adelaide out to the beaches and includes a range of good suburbs, including eight where sales activity is rising steadily.

They include inner-city Brompton as well as middle-market suburbs like Findon, Seaton, Flinders Park, Woodville South and Fulham Gardens.

Good price growth is happening in this area, including Henley Beach South (the median house price is up 15 per cent to $985,000).

Adelaide continues to rank well ahead of Sydney, Melbourne and Brisbane, as well as the recovering Perth market, in terms of the number of growth suburbs.

The Marion LGA, a middle-market area in the south-west of Adelaide which has been a market leader for the past 18 months, is once again a standout market – indeed one that ranks nationally.

Warradale makes our National Top 50 list of rising suburbs, its median house price of $595,000 is typical of the Marion LGA’s middle-ring affordability.

The Port Adelaide Enfield LGA emerged in 2018 as an up-and-coming market in the SA capital – and continues to be one of the busiest precincts in Adelaide.

Dernancourt features in our National Top 50 list. This precinct is being boosted by major local events, including the massive program of building vessels for the Australian Navy and ongoing development around the port.

The Osborne Naval Shipyard is undergoing a $535 million upgrade to accommodate the building of 40 new Defence craft; 500 public servants are being moved here; and a new rail spur is proposed to link the Port’s commercial centre and the Dock One residential precinct to the Adelaide CBD.

As we have observed many times, Onkaparinga always features prominently in our analysis of the Adelaide market.

It currently has seven suburbs with growth momentum – including Aldinga Beach, which features in our National Top 50 list of supercharged suburbs.

The completion of two pieces of key transport infrastructure – the extension of rail links to Seaford and duplication of the Southern Expressway has delivered faster access to the Adelaide CBD and made the region more accessible. 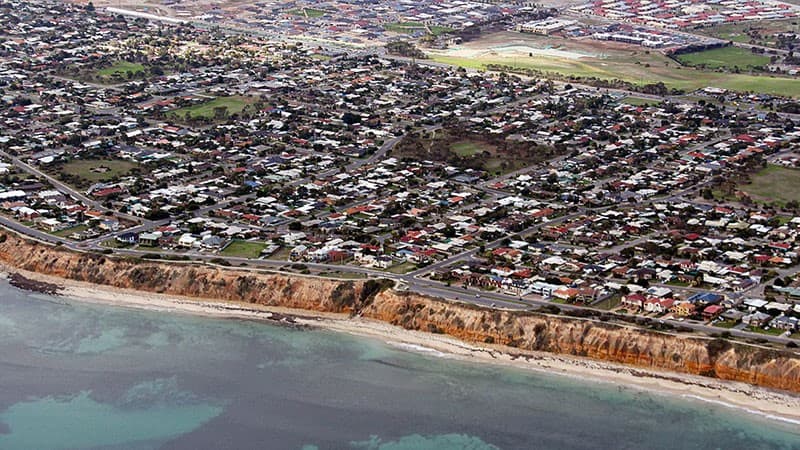 The Joondalup LGA continues to be a stand-out for its steadiness and resilience against the Perth downturn and is poised to lead the city’s market recovery.

It now has eight suburbs with rising sales momentum, which makes it number 1 in Perth and among the best of the nation’s LGAs.

The suburbs of this LGA are based around the Joondalup CBD, which is a centre for infrastructure and services for Perth’s north.

The City of Melville in Perth’s inner south is one of the precincts leading the market fightback in the WA capital. It has seven growth markets and seven consistent performers.

Suburbs with rising sales demand include Attadale, Bull Creek, Kardinya, Leeming, Mt Pleasant and Palmyra—some of which are million-dollar suburbs but most are middle-market areas.

The star is Willagee, which makes our National Top 50 list, also shows sign of growth in the median house price at $520,000. 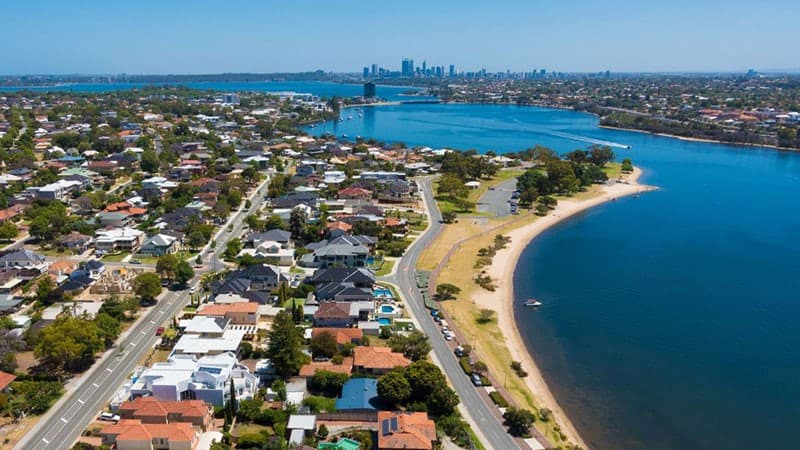 ▲ Mount Pleasant located within the City of Melville.