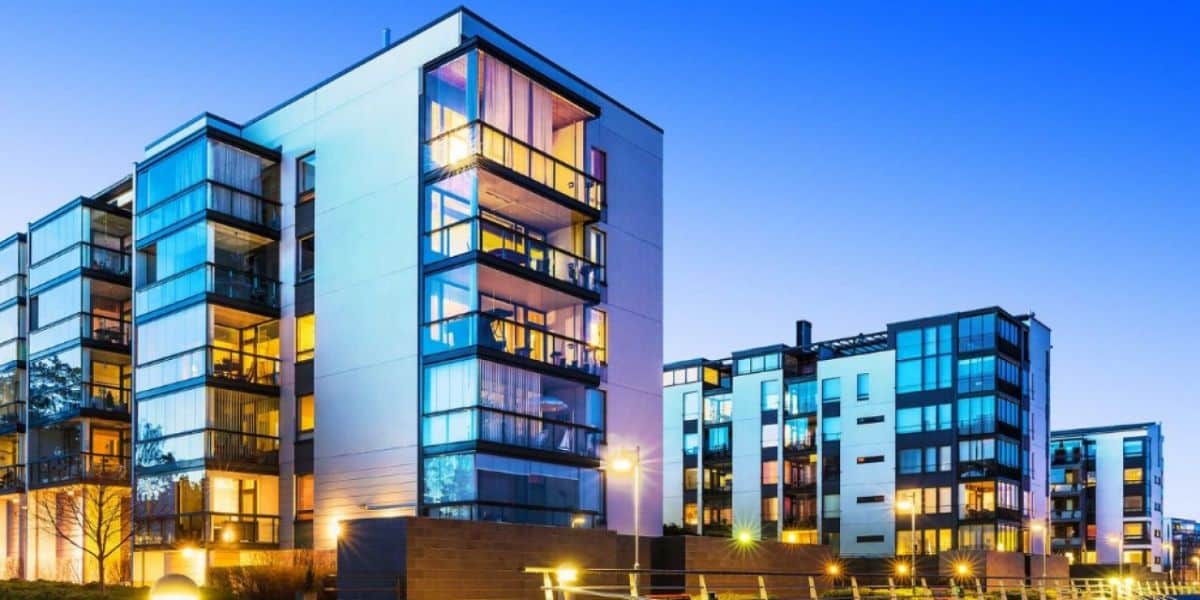 A year ago, Urbis asserted that “build to rent could deliver the homes we need, and fast”. Drawing comparisons to the UK in 2012, when build to rent jolted into action, we observed similar conditions emerging in Australia.

As the regulatory brakes threatened to derail the investor-backed supply of apartments, we saw vacancies dropping back and rents running away. Build to rent (BTR) was emerging as the fast track solution to delivering housing in our growing cities. 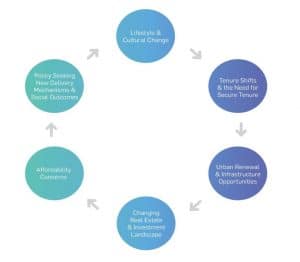 In our earlier article, we considered whether BTR was a “silver bullet or a silver lining”. One year on, we reflect and ask: are we boarding a BTR bullet train or are we on the platform still deciding?

12 MONTHS IN: IS BUILD TO RENT BUILDING AHEAD OF STEAM IN AUSTRALIA?

On the face of it, build to rent in Australia has made great strides in the last 12 months, quickly transitioning from an overseas case study to over a billion dollars of planned projects across the country.

Softer sales conditions and a 26% drop in project launches in Q2 2018 year-on-year has focused the minds of landowners, government and developers. There is strong mutual interest in attracting counter-cyclical investment in housing and recognition that BTR can propel the pipeline at a time when build to sell is losing traction.

Urbis is tracking the build to rent pipeline closely, integrated with our Urbis Apartment Essentials reporting. Across Australia, there are around 3,500 BTR units in planning and development – up from 1,600 this time last year. It is likely many more existing permits will be revisited if the recent market trends continue, while more purpose designed BTR projects will emerge following proof of concept.

As for market potential, a test run of over 9,000 entries in our new Urbis National Rental Tracker reveals there is a willingness to pay a premium for high quality new rental stock over the market median. In some inner-city BTR hot spots, customers are willing to pay 20% more for a new apartment with higher amenity.

Even markets that have been experiencing a surge in supply, are returning low levels of vacancy – with a sample of 30 new Brisbane apartment projects recording 98.7% occupancy, while rental growth has been outstripping price growth amid the changing dynamics across markets.

These trends lead us to believe there is appetite and room for a wider service offer in the rental market as the proportion of renters continues to increase and the profile of renters continues to diversify.  Keeping track of these trends and mapping market dynamics will be key to building and managing a successful build to rent portfolio. Providing greater choice, service and diversity can ensure the benefit of additional supply flows through to Australians across the entire housing spectrum, from the most luxurious, to the most widely affordable.

A growing build to rent pipeline 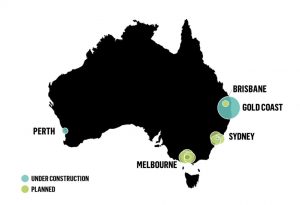 HOW ARE WE TRACKING AGAINST UK PROGRESS?

While BTR has picked up the pace in planning and construction (adding 1,900 units to the pipeline in the last year), the first major developments to be delivered in Australia will start to arrive in the market from 2019 and build up in the next 3 years.

In this time an additional 8,700 units have been delivered and 28,000 units added to the pipeline planned and under construction in the UK. If the full pipeline were to be developed, the UK BTR market would soon exceed 130,000 units.

On the one hand, this puts into perspective where we are in our BTR journey in Australia. On the other, it provides a useful benchmark of how far we can go, complete with a route map and timetable.

Recognising the difference in market size between Australia and the UK, if we dial down into London as an urban metropolitan area, we see a ratio of about 130 people per completed and proposed build to rent unit. A similar ratio in Australian Cities would imply the Eastern seaboard capital cities could target a pipeline of 100,000 BTR units well within a decade.

IS POLICY PAVING A CLEARER PATH FOR BUILD TORENT?

Mature and emerging BTR markets have made leaps forward by incentivising activity.

In the major gateway destinations, Sydney and Melbourne:

After a stuttering start in Australia, from 1 July 2018 Managed Investment Trusts are now permitted to invest in residential properties and are subject to a 15% company tax rate.  Despite the change, overseas investors, seen as a critical driver of the sector in the early years, are to be subject to a 30% rate.

Time will tell what impact a two-speed tax structure will have on the rate of investment in the sector – especially as local capital seeks miles on the clock before trusting BTR as a vehicle of choice.  At least for the time being the path is clearing, or rather, more pathways are emerging to enable institutional investment in large scale rental housing.

SO JUST HOW ARE WE TRACKING?

As we can see from case studies around the world the sector has a lot of potential for Australia, but we are at only the start of the journey. As we work with our partners to map out the optimal route, we will be watching with interest which projects cross the finish line first and monitoring the vast and varied potential for this new engine of housing growth.

While much of the conversation to date has focussed on the what and when increasingly the BTR discussion is shifting to where.  Given Urbis is tracking a pipeline of 3,500 BTR units across five of our markets, it’s fair to say the BTR train has left the station. The question now becomes: where is the next destination?