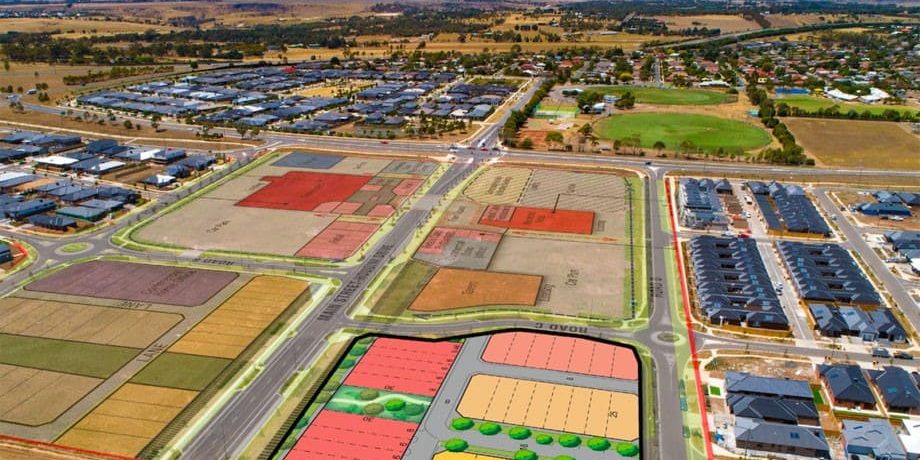 A well-located medium-density development site within the Bloomdale estate in Diggers Rest has been launched to the market by RPM Real Estate Group.

The site is positioned directly adjacent to the future Bloomdale town centre and supermarket and is covered by the approved Diggers Rest Local Town Centre Urban Design Framework (UDF).

A concept plan in accordance with the UDF has been developed by SMEC which indicates a yield of 31 lots, with potential to increase — subject to council approval.

The titled site, which has a total land area of 9,026 square metres, is located at the heart of Bloomdale, AVID Property Group’s 1,700 lot community which is centred around the established Diggers Rest township.

Being located only a short walk to the Diggers Rest Railway Station and local Primary School, Bloomdale’s residents enjoy a level of amenity and connectivity that is rarely seen in the growth areas.

RPM’s Zaynoun Melhem and Paul Dem are marketing the opportunity, with the site’s advanced planning status expected to generate significant enquiry from the building and development industry.

“While the conventional land market has softened in recent months, the popularity of affordable townhouse product in the growth areas is at an all-time high.

“On the back of this, we are getting strong enquiry from builders looking for opportunities, particularly those with amenities in close proximity.”

AVID’s Bloomdale community is now well-established, launching in 2013 and delivering 1,000 lots to date.

The proximity to the Calder Freeway and Diggers Rest Railway Station contribute to the convenience of the location, while the landscaped parklands and proximity to schools have been a strong drawcard for families. 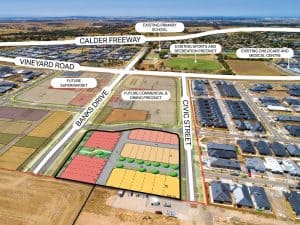 The site is positioned directly adjacent to the future Bloomdale town centre and supermarket and is covered by the approved Diggers Rest Local Town Centre Urban Design Framework (UDF).

The Bloomdale campaign comes on the back of a string of recent medium-density and mixed-use transactions undertaken by RPM across the growth corridors of Melbourne.

These campaigns drew strong interest from traditional greenfield development groups, as well as new entrants to the market who have been attracted by the strong economic fundamentals for commercial and medium-density development in Melbourne’s growth areas.

The Bloomdale offering, directly adjacent to a future town centre, is ideally suited to this sort of development.” Ranieri said.