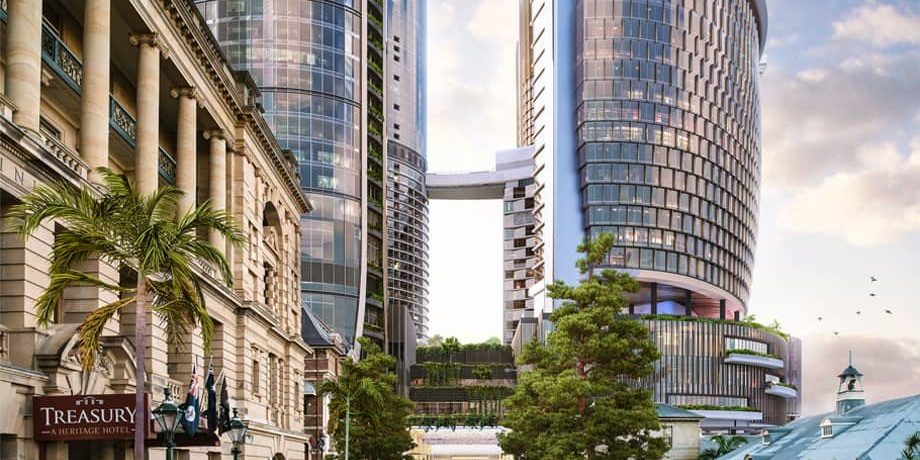 Construction giant Multiplex has been awarded the massive Queen’s Wharf construction contract, estimated to be worth up to $1.5 billion.

The competition for the “city shaping” Queen’s Wharf contract, as flagged by The Urban Developer in February, had come down to two contractors: Multiplex and Hutchinson Builders.

Multiplex will kick off construction by mid-year.

The lump sum contract is for the development of the integrated resort component of Queen’s Wharf, which includes five levels of basement car park, the tower structures, the sky deck and the façade of the main integrated resort.

At least 60 per cent of the project cost will be executed under the construction contract. In its half yearly results, Star Entertainment Group said it was targeting a total $2.4 billion project cost.

Multiplex will deliver the shell and core works covering the basement, base services, tower structures and the facade of the main integrated resort. Cottee Parker Architects.

The project is being developed by the Destination Brisbane Consortium, a joint venture led by casino giant Star Entertainment Group, with Far East Consortium and Chow Tai Fook Enterprises.

Star holds a 50 per cent equity share in the project, while its Hong Kong-based partners each hold a 25 per cent interest.

When complete, Queen’s Wharf Brisbane will deliver four new hotels, more than 50 bars and restaurants, 2,000 residential apartments and the equivalent of 12 football fields of public space. 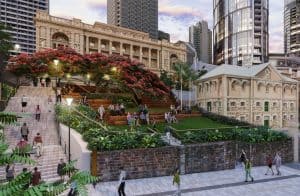 The first stage of the Cottee Parker-designed integrated resort development is slated for a late-2022 completion.

Crooks said that the contract remained subject to board approval and state government endorsement.

“The next step will be the public confirmation of the contract signing after the state government has completed its review process.”