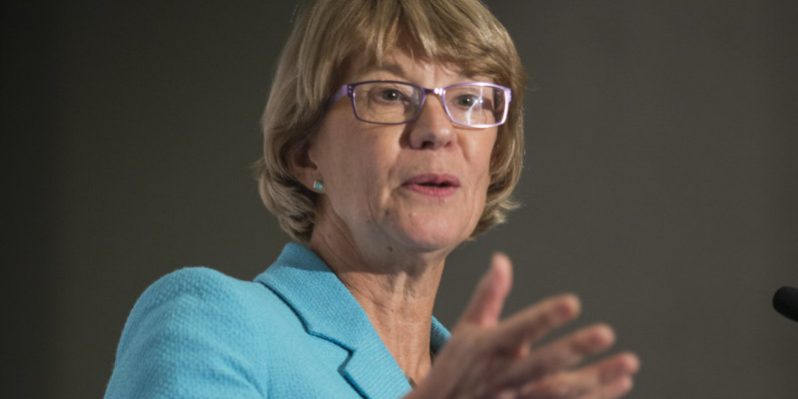 The leader of a business working group on the economic recovery and Coca-Cola boss Alison Watkins says money for infrastructure projects should be spent wisely to attract vital long-term investment from companies.

It comes as business leaders in the building and construction industries urge governments to fast-track infrastructure projects to create jobs and boost the recession-hit economy.

Ms Watkins, who is the chairman of the Business Council of Australia’s economic recovery working groups, said it was important to create jobs for people in sectors hit by the downturn and that infrastructure spending could deliver a more prosperous future.

“It needs to be money that’s well spent and that’s the attractive thing about infrastructure, it can realise long-term benefits for the economy in making us a more attractive place for companies to invest, and we can operate faster at a lower cost, and also (become) a better place to live,” she said.

The biggest near-term opportunity was in accelerating mid-sized projects costing $50 million to $500 million, she said. “There are a very large number of those sorts of projects … In many cases, they are well progressed and they’re actually really sensible things that add value to communities,” she said.

Government and business leaders have been working together on which infrastructure projects would lift activity and which should be fast-tracked. They are considered vital to help address a crunch expected later this year when JobKeeper payments are due to stop which could trigger a rise in the unemployed.

“We saw the unemployment stats rising to 6.2 per cent and predicted to climb to 10 per cent. So fast-tracking those shovel-ready projects underway is critical to get those people back in jobs and back spending money,” said Nick Miller, chief executive of construction materials giant Adbri.

“We need absolute certainty on which projects are coming to market, when and how they’re going to be delivered,” he said.

Mr Miller named the Western Sydney Airport development and Melbourne’s rail crossing removal as projects that should be fast-tracked.

Boral Australia CEO Wayne Manners said the right type of project at the right time was vital while warning that jobs at his company could be at risk if infrastructure spending wasn’t ramped up.

“We’re a large fixed cost business . .. We need to have some line of sight of what’s in the pipeline,” he said.

BlueScope CEO Mark Vassella said projects needed to use a fair share of locally produced goods. “From our perspective the Commonwealth Procurement rules are more like the Commonwealth Prevention rules to be perfectly honest. People will look at the last cent of a price and not take into account the broader economic impacts of taxes and employment and spin-off that comes,” he said.

But Mr Vassella said he was pleased with the bipartisanship shown towards infrastructure. “This is a unique opportunity for us to be bold quite frankly…to really build the capability in Australian industry,” Mr Vassella said.

The Australian Investment Council, which represents private capital, will today release a report calling for infrastructure spending with an emphasis on telecommunications, technology, water, transportation and renewable energy.

“Infrastructure spending should be increased to boost economic activity in the short-term and deliver productivity gains over the longer-term,” it said.