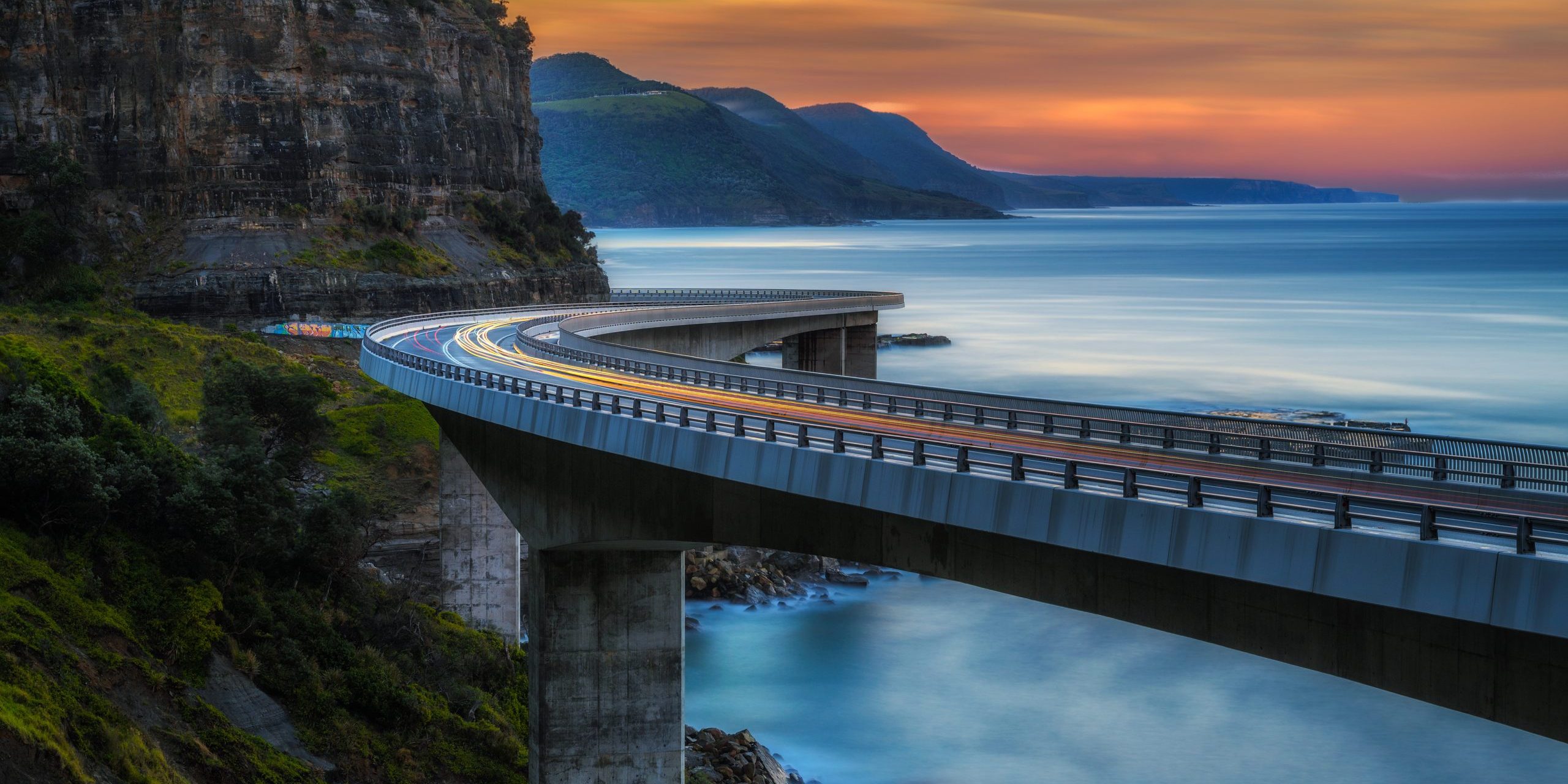 In a speech at CEDA’s State of the Nation Conference, Prime Minister, Scott Morrison, announced that infrastructure investment and deregulation would play a “critical” role in the five-year JobMaker plan, as well as skills, industrial relations, housing and construction and major reform of funding approval processes.

Mr Morrison announced the Federal Government would commit a further $1.5 billion to immediately commence work on priority projects identified by states and territories as part of new bilateral partnerships designed to expedite approvals.

As part of this package, $1 billion will be allocated to priority projects which are shovel-ready, with $500 million reserved for road safety works targeting areas across the country, not only in rural and regional areas.

Investment will not only be directed to transport infrastructure, but also to water infrastructure to secure supply and underpin agricultural expansion; telecommunications services; the electrical infrastructure required to remove bottlenecks in Australia’s electricity grid; and advance manufacturing, especially in regional areas.

Joint assessment teams will work on accelerating these projects, which are worth more than $72 billion in public and private investment and are expected to support over 66,000 direct and indirect jobs.

Mr Morrison said that further announcements on specific projects would be made soon.

The Prime Minister’s announcement makes it clear that fast-tracking investment in major infrastructure projects forms a centerpiece to the Federal Government’s plan for Australia’s economic recovery from the COVID-19 pandemic.

The Federal Government has already committed nearly $180 billion on economic infrastructure over the next decade, with more than half allocated across the four years of the forward estimates.

Since November 2019, it has worked with state, territory and local governments to bring forward or inject additional investment totalling nearly $7.8 billion.

By the end of the 2019-2020 financial year, it will have invested more than $24 billion for infrastructure across key government portfolios, and looks to invest even more over 2020-21.

Mr Morrison said that the key to build the pipeline of future projects was for government to “get out of the way” and speed up progress by improving approvals processes.

“Ultimately, our objective is the streamlining of Commonwealth and state processes to a point of ‘single touch approvals’,” he said.

Mr Morrison cited the Environment Protection and Biodiversity Conservation Act 1999 as one area in which the Federal Government has a direct regulatory role for approving relevant projects.

“According to departmental estimates, delays associated with these approvals alone cost industry over $300 million just in 2019,” Mr Morrison said.

“The Commonwealth has already taken steps to cut project approval times under the EPBC Act. At the end of 2019, approval decisions took 90 days on average. Today they take 40.

“Our goal is to cut these times by a further 25 percent by the end of this year – to 30 days for major projects.”

Mr Morrison said the National Cabinet had already begun conversations on this front, which would be informed by the current review of the EPBC Act being conducted by Graeme Samuel.

In an effort to drive a whole-of-government approach to how regulatory policy is prosecuted, Mr Morrison announced he would bring the Deregulation Taskforce into his own department, the Department of Prime Minister and Cabinet.

This included simplifying business registers, streamlining export documentation and making it easier for a sole trader and micro-businesses to employ people.

The next phase of the taskforce work will focus on areas to assist COVID-19 economic recovery.

Mr Morrison cited occupational licensing and registration requirements as a key example, often varying across states and territories, which increases costs on business and workers who operate or move across Australia.

“Greater mutual recognition of qualifications and improved information flows between jurisdictions will be vital to allow Australians to take up job opportunities in coming months,” Mr Morrison said.

“COVID has shown that our laws have not kept pace with digital technology when it comes to business communications – for example, by requiring business to use paper for storing information, instead of using electronic delivery or adopting new technologies like blockchain. These laws, too, are ripe for modernisation.

“Our focus applies as much to the culture of regulators as it does to the content of regulations. I’m sure anyone in business would understand that point. This crisis has shown what can be achieved when regulators are pragmatic and responsive, solving problems without compromising safeguards.”

A new bilateral model between federal and state levels

In addition to streamlining Commonwealth approvals, Mr Morrison said a new bilateral model would be implemented to speed up communication and decision-making between the federal, states and territories.

The priority list of 15 fast-tracked projects were identified by state and territory governments as part of the new investment approach.

Under this new model, jobs will be brought to market earlier by targeting a 50 per cent reduction in federal assessment and approval times for major projects, from an average of 3.5 years to 21 months.

Mr Morrison said that early examples of this approach were already paying dividends.

“I commend the New South Wales government who we have been working with. We are on track to complete Commonwealth assessment and approval for Snowy 2.0 in under two years – unlocking over 2,000 regional jobs,” he said.

The Productivity Commission has been tasked with informing and developing this Federation wide deregulation agenda.

The Commission would be responsible for enlisting public health experts to inform decision-making, including Chief Medical Officer, Professor Brendan Murphy.

“I have asked the Commission’s Chair, Michael Brennan, to brief the next National Cabinet meeting on priority areas where we can work on the investment and job creation and I look forward to those presentations and I know the premiers and chief ministers also do,” Mr Morrison said.

“Australia faces an immense challenge as we look to recover from our first recession in three decades,” Mr Morrison said.

“We need to return that growth that will ensure real and sustainable jobs, the wages that support families with all of the decisions they want to make. And importantly the essential services that Australians rely on.”

The Australian Logistics Council (ALC) has welcomed the commitment to the ongoing work of the Deregulation Taskforce in removing regulatory impediments to supply chain efficiency.

“In the course of those discussions, industry representatives recommended the Taskforce should take a national leadership role in supporting the removal of regulatory impediments to supply chain efficiency.”

Mr Coningham said the announcement to bring the Taskforce under the Prime Minister’s portfolio marked “a positive step” towards greater efficiency.

“ALC agrees with the Prime Minister’s observation that many of our laws have not kept pace with the development of technology. There are numerous opportunities within the freight and logistics sector to more effectively deploy technology to advance the efficiency, safety and visibility of freight movement,” he said.

“Over many years, ALC has recommended that the collection of telematics data in heavy vehicles be made mandatory. Telematics devices should be used to record data regarding longitude, latitude, speed, date and time of speeding events, as well as engine on/off data.”

“Given the cost of telematic equipment continues to fall and its numerous safety and productivity benefits, mandating telematics devices in heavy vehicles is a reform that should be prioritised – not merely for improved safety outcomes, but also to inform better infrastructure planning and investment decisions.”

ALC also noted the success of freight vehicles being allowed to resupply along roads and during hours where they were previously banned during the pandemic.

“This was one of the key lessons learned during the pandemic and reinforces what ALC has been saying over recent weeks – the removal of delivery curfews instituted in response to the COVID-19 pandemic should be made permanent,” Mr Coningham said.

“COVID-19 has given Australians a renewed understanding of how vital the efficient and safe operation of supply chains is for households and businesses. Governments have a responsibility to ensure that going forward, logistics operators have the operational flexibility they need to get the job done and keep supporting Australia’s economic recovery.”

Infrastructure Partnerships Australia has praised the additional $1.5 billion stimulus investment, but has called for more funding to be provided.

“If the Federal Government wants to supercharge aggregate demand it should use its balance sheet capacity to deploy more money into new infrastructure projects,” Mr Dwyer said.

“The Federal Government can and should redeploy the $60 billion saving from its recalculated JobKeeper program into a bold new infrastructure agenda.

“Infrastructure investment supported the national economy before COVID-19 and it’s the right policy tool to support our way out of this crisis.”

Mr Dwyer said fast-tracking projects that respond to population growth and sectoral transformations in energy, transport, and resource recovery should be the priority moving forward.

An opportunity to seal road shoulders in the bush

Roads Australia (RA) has welcomed the inclusion of $500 million for ‘low cost, high return’ road safety works and said it will create an opportunity for states and territories to tackle one of the biggest regional road challenges – single vehicle lane departure crashes.

RA President, Michael Bushby, said that despite making up only 16.5 per cent of the nation’s population, regional Australia accounted for two out of three road deaths.

“RA has been pushing for increased Federal funding for low-cost road safety treatments, such as shoulder sealing and the installation of audible edge lines, for some time,” Mr Bushby said.

“It’s been shown that these relatively inexpensive fixes can reduce the risk of single vehicle lane departure crashes – that is, drivers running off the road or into oncoming traffic – by up to two-thirds in parts of regional Australia.”

Roads Australia is hosting a workshop of government and industry leaders in the near future to discuss priorities for regional road safety improvements and maintenance treatments that deliver high returns relative to their cost.

Mr Bushby said the issue was part of a much larger discussion about road maintenance funding, and the urgent need to invest in maintenance and other works to ensure networks remained available and resilient.

Infrastructure Australia recognised the need for a national strategy on road maintenance as a High Priority Initiative in its latest Infrastructure Priority List, released in February 2020.

“It’s great to get on with the mega projects, but we also need to support the medium and small-sized road projects that tier 2 and 3 contractors and their suppliers rely on,” he said.

“Many smaller contractors aren’t sharing in the rewards of Australia’s transport infrastructure boom, and there is capacity available to progress these smaller projects.”

“I BECAME A MEMBER OF TOP 100 WOMEN IN CONSTRUCTION TO PASS ON LESSONS LEARNED AND TO SUPPORT OTHER WOMEN IN THE INDUSTRY.”
July 9, 2020