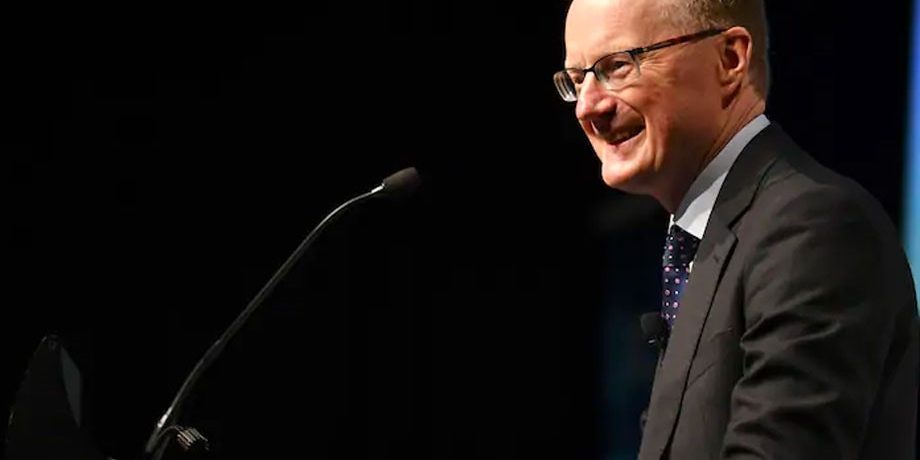 The Reserve Bank has signalled it may have to cut interest rates to historic lows next month to prevent unemployment rising.

A reduction in the cash rate, now 1.5 per cent, has been widely expected as the economy slowed and inflation has remained at negligible levels.

In a speech to the Queensland branch of the Economic Society of Australia in Brisbane, Reserve Bank of Australia governor Philip Lowe suggested the unemployment rate would need to fall below 5 per cent to lift subdued wages and boost weak inflation.

The announcement from Australia’s central bank chief followed the release of minutes of the Reserve Bank’s May policy meeting where it said recently downgraded growth forecasts would have been even lower if they hadn’t incorporated current market forecasts for two rate cuts.

On Tuesday regulators proposed to loosen lending restrictions and alter the serviceability hurdle rate to allow home-buyers to borrow more, suggesting an injection in the offing for the housing market and economy. 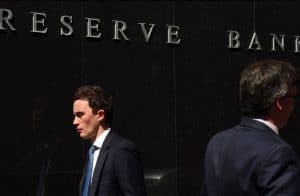 “The main reason for the shift in momentum in the Australian economy is a slowdown in household consumption growth,” Lowe said.

“Over the second half of 2018, household consumption increased by just 0.75 per cent, which is an unusually soft outcome.”

Underlying inflation is currently 1.4 per cent – the equal-lowest on record – well below the RBA’s target band of 2 to 3 per cent.

“A lower cash rate would support employment growth and bring forward the time when inflation is consistent with the target. Given this assessment, at our meeting in two weeks’ time, we will consider the case for lower interest rates.”

The RBA, which decided against cutting rates earlier this month, considering the move to controversial in the lead into the federal election, last sliced official interest rates in August 2016 to 1.5 per cent.

In the event that the unemployment rate does not move lower with current policy settings, Lowe said there are a number of options at hand.

“These include: further monetary easing; additional fiscal support, including through spending on infrastructure; and structural policies that support firms expanding, investing and employing people.”

“Relying on just one type of policy has limitations, so each of these is worth thinking about.” 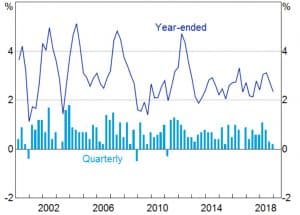 Lowe said the potential delay of proposed government tax cuts to next financial year could reduce household income growth by 0.3 per cent this calendar year.

The RBA is relying on tax relief to boost Australians’ disposable income growth in the next couple of years.

“We are expecting household disposable income to grow at an average rate of 4 per cent over the next couple of years, which is noticeably higher than the average of recent times,” Lowe said.

“Stronger growth in income will help, but the more important factor is some tax relief.”

The RBA highlighted that the decline in housing prices was a major factor, but the, more importantly, the long period of weak growth in household income was affecting the economy, rising at an average pace of just 2.75 per cent compared with 6 per cent over the preceding decade.

“As this period of weak income growth has persisted, it has become harder for households to dismiss it as just a temporary development – as something that will pass quickly,” Lowe said.

“The lower rate of income growth has also made it harder for households to pay down debt.”

“The end result has been that many people have decided to adjust their spending plans.”