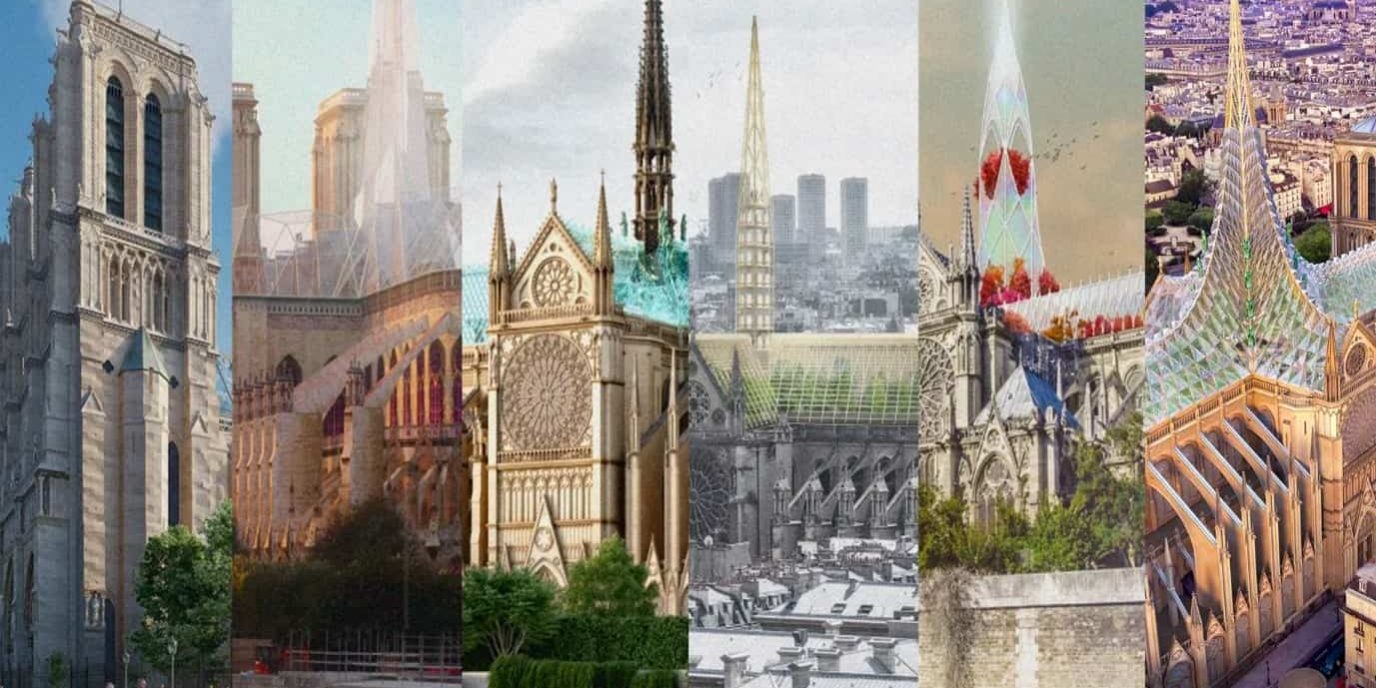 Following the devastating fire that destroyed the roof of Notre-Dame in Paris, architects have stepped forward offering a range of alternative proposals for the Parisian landmark.

Last month, French legislators announced that they would be holding an international design competition for how the beloved cathedral ought to be reconstructed.

News of the competition has prompted architects from around the world to release visualisations of their ideas for replacing the spire while over €1 billion (A$1.62bn) has been donated towards the rebuilding project, mostly from French billionaires.

French prime minister Edouard Philippe said that, instead of simply recreating the original spire, they want a new design “adapted to the techniques and the challenges of our era”. 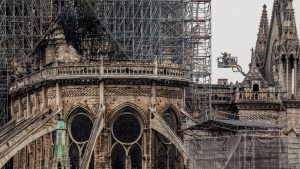 After Notre-Dame suffered a serious fire last month, President Macron made a televised address promising to restore the cathedral in just five years.

The spire dramatically collapsed in front of crowds, who had gathered to watch in horror as the historic French gothic cathedral went up in flames.

However, this spire was not an original part of the cathedral, which was built in the 12 and 13th centuries. The first spire is believed to have been part of the roof between the 13th and 18th centuries, but was removed due to wind damage.

French architect Eugène Viollet-le-Duc added a new spire over the transept as part of his restoration in the 19th century.

A decision on a new Notre-Dame is months away, as experts are still assessing the damage.

But once a design is announced for the cathedral, architects, construction workers and master craftsmen will have to race to meet the five-year deadline imposed by French President Emmanuel Macron, in line with the Olympic Games in 2024.

The debate continues about how best to rebuild the cathedral, with some insisting that Notre-Dame should be rebuilt exactly as it was, while others – most notably, architect Norman Foster – have proposed that it should be modernised. 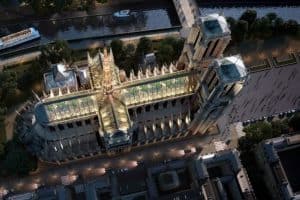 Miysis Studio has proposed classic and contemporary elements to create a new public space atop the cathedral. Image: Miysis Studio 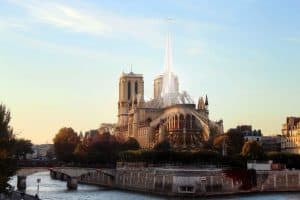 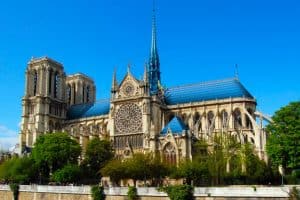 Dutch artist collective Studio Drift has proposed that the new Notre-Dame could be eco-friendly using recycled plastic found in the oceans to tile the new roof. Image: Studio Drift 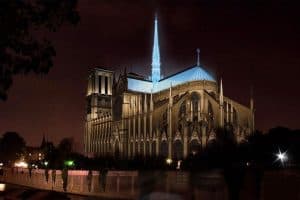 Studio Fuksas proposed that the spire be replaced with a “very high pinnacle made like a Baccarat crystal, which, like the roof, can be lit up at night and filled with light.”Image: Studio Fuksas 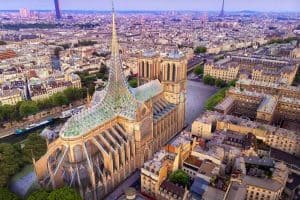 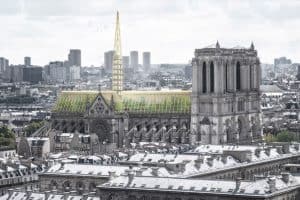 Paris-based Studio NAB has proposed a giant greenhouse claiming that the rebuilt cathedral should be “adapted to issues of our time”. Image: NAB 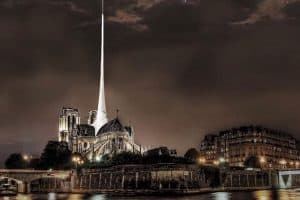 Bratislava based Vizumatelier’s proposal for the spire is a lightweight tower topped with a beam of light that will shine directly upward. Image: Vizumatelier 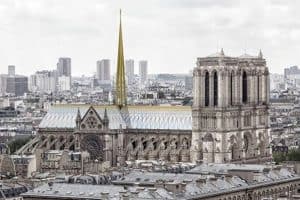 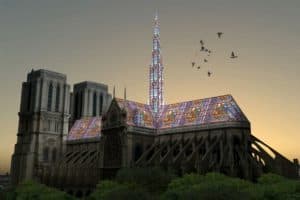 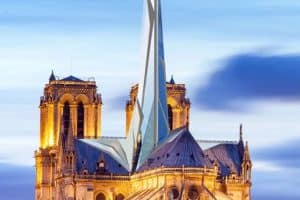 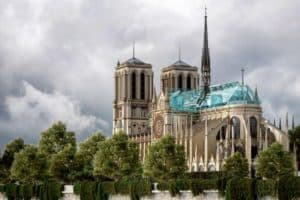 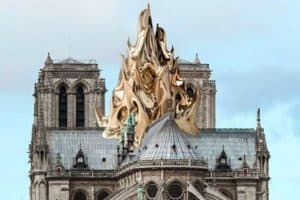 Designer Mathieu Lehanneur unveiled his plan for a new spire for the cathedral: a gleaming, 300-foot flame, made of carbon fiber and covered in gold leaf, that would be a permanent reminder of the tragedy. Image: Dakis Panayiotou 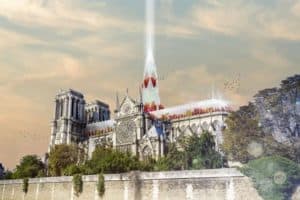 France-based Summum Architecture wants to utilise the area directly underneath the new roof to create a greenhouse. Image: Summum Perspective 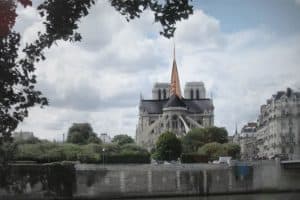 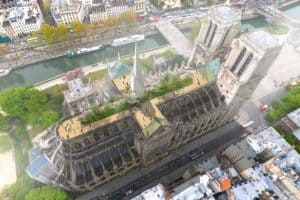 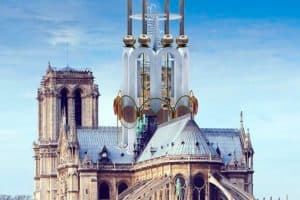 Cyprus collaborative architectural studio Kiss The Architect has proposed rebuilding the spire with an eclectic mix of arches and balls wrapped around a central staircase. Image: Kiss the Architect