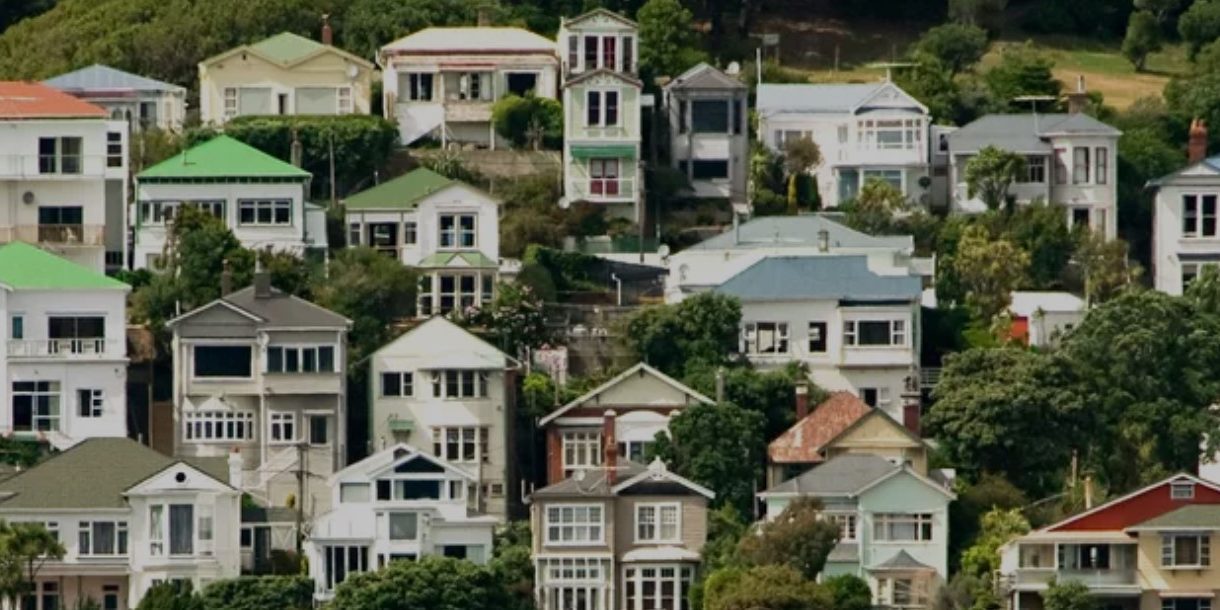 Sydney and Melbourne dwelling values have now recorded respective falls of 14.5 per cent and 10.9 per cent since peaking in late 2017.

Corelogic’s head of research Tim Lawless says the improvement in the rate of decline can be attributed to an easing in the two major capital cities’ market downturn where values were previously falling much faster. 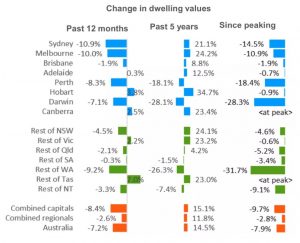 “In December last year, Sydney dwelling values were down -1.8 per cent, with the pace of month-on-month falls progressively moderating back to -0.7 per cent in April,” Lawless said.

“Similarly, Melbourne values were down -1.5 per cent in December, with the rate of decline improving to -0.6 per cent in April.”

National dwelling values declined by half a per cent for the month of April, taking Australia’s annual dwelling values down 7.2 per cent, the largest annual fall since the 12 months to Feb in 2009, which was associated with the GFC.

The Reserve Bank will meet for its monetary policy decision on May 7, talk of a rate cut is at 50-50. Lawless says the prospect for lower interest rates could also support an improvement in housing market activity.

Canberra was the only capital city that didn’t experience dwelling declines in April, according to Corelogic data.

While regional areas of Tasmania, Victoria and South Australia which also avoided declines.

“We are seeing further evidence that the worst of the housing market conditions are now behind us,” Lawless said. 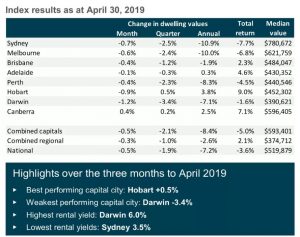 “Values are still broadly declining, however, the pace of decline has moderated since December last year and there are some tentative signs that credit flows have improved, albeit from a low base.”

According to ABS figures, lending to households for dwellings, excluding refinancing, increased 2.7 per cent on a seasonally adjusted basis in February. Lawless says any sign of improving credit availability is a welcome outcome for the housing market, particularly given restricted credit was a major component to the slowing housing sector.

Investors currently comprise 18.2 per cent of the value of mortgage demand, reveals ABS stats, this is down from 30 per cent in late 2014 and down from the decade average of 25 per cent.

Across the capital cities, annual figures show Sydney and Melbourne are both now recording double-digit annual declines, at 10.9 per cent and 10 per cent, respectively.

Perth is down 8.3 per cent and Darwin has recorded an annual decline of 7.1 per cent.

While the largest gains are in Hobart (+3.8 per cent) and Canberra (+2.5 per cent). Adelaide is the only other capital city to remain in the black for the past twelve-month period (+0.3 per cent).