What Happens When Wo ... 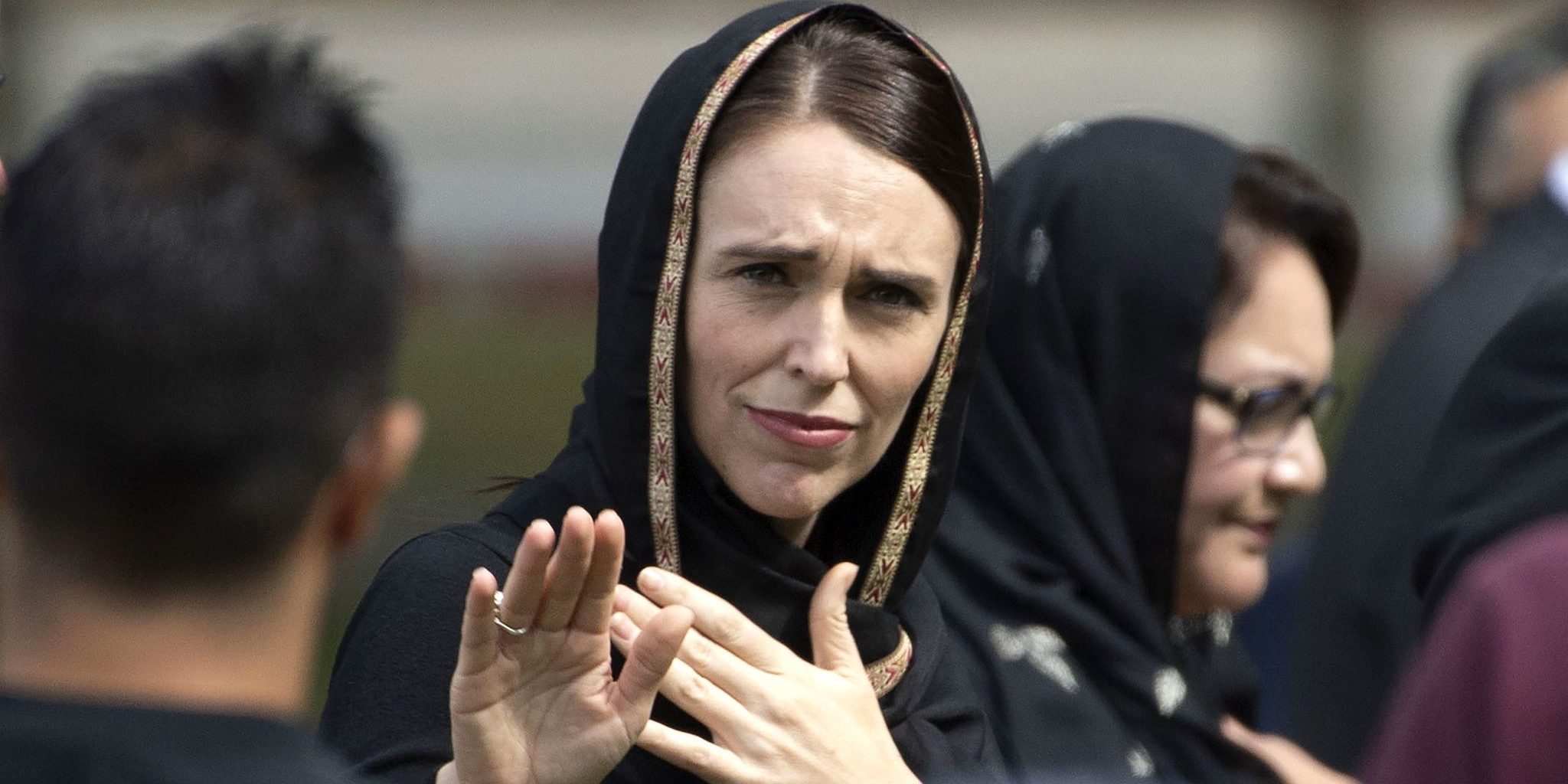 Jacinda Ardern, Nancy Pelosi and the power of female grace.

It has been another bad inning for male leadership. Besides the hourly flatulence of Trumpian twitterings and the addition of Brazil’s Bolsonaro to the Confederacy of bullyboy power, we have been treated to a second wave of masculine mayhem. The reputations of the Patriots owner Robert Kraft, R. Kelly, the philanthropist Michael Steinhardt and even the sainted co-founder of the Southern Poverty Law Center, Morris Dees, are the latest to circle the drain. As Harvard’s Cornel West recently observed to Anderson Cooper, “The brothers are just out of control.”

Can women save the world? A ripped Captain Marvel can rescue us from intergalactic enemies, but down here on planet Earth, a new paradigm of female leadership is emerging. A year ago, Prime Minister Jacinda Ardern of New Zealand was famous for being a world leader who gave birth while in office. Then came the slaughter in the Christchurch mosques and overnight the gravitas in her angular face beneath a hijab became an iconic image of global humanity. As women across New Zealand emulated her gesture of solidarity by donning headscarves, the Arab world took note. A portrait of Ms Ardern was projected across the world’s tallest building, Dubai’s Burj Khalifa, with the word “Peace” emblazoned above it in English and Arabic.

Countries from Georgia to Ethiopia have recently elected their first female presidents. Women now lead industries where once the thin air was inhaled only by men. For the first time, women have the top jobs at the New York Stock Exchange and at Nasdaq. With the ascension of Kathy Warden to C.E.O. of Northrop Grumman in January, four out of five of America’s biggest defence companies are run by women. Chicago is about to get its first black female mayor, and the Democratic leading light Stacey Abrams just drew a line in the sand when she squelched the idea of running for vice president with the crisp rejoinder, “You don’t run for second place.”

Among the 42 new women sworn into Congress, young rock stars like Alexandria Ocasio-Cortez electrify all of us with their passion and verve, but it’s Nancy Pelosi — mother of five, grandmother of nine — who knows how to make the tangerine toddler in the White House eat his spinach. It’s salutary to watch her corral her rebellious Democratic brood with committee treats and pacifying timeouts. “Be calm. Take a deep breath. Don’t become like them,” she told her angry caucus in an emotional post-Mueller strategy session.

I don’t contend that women are naturally and invariably better at running governments than men. Witness the dismal sight of Theresa May stumbling on the glass cliffs of Dover last week as, for a third time, her Brexit deal went down in defeat. Yes, the British prime minister may have been better destined to be deputy headmistress of a girls’ school in some provincial city like Salisbury, measuring the length of her pupils’ skirts with a ruler. But the 13 Tory grandees — all male, all white — who descended on Chequers to browbeat Mrs May yet again this month were described by a bitter London Remainder friend of mine as “bogus patriots in crumpled suits and yesterday’s underpants, loving the sound of their own voices.” Plus Mrs May found herself in No. 10 Downing Street only because these same feckless upper-class men decided to kiss off the European Union without a clue how to achieve it.

At a minimum, we can at least argue that women are afflicted by what Hillary Clinton, who has spent a lifetime with someone who lacks it, once called “the responsibility gene.” I can bet a bucket of Bitcoins that we’ll never learn that any of the four married women plausibly seeking the Democratic presidential nomination are secretly sexting pictures of parts of their anatomy to a boyfriend.

But there is a deep lesson here. During thousands of years of civilization, women have evolved to deal with the intractable perplexities of life and find means of peaceful coexistence where men have traditionally found roads to conflict. Women have accumulated rich ways of knowing that until recently were dismissed in male circles of power. The alchemy of what has made women the way they are is mysterious: Is it a result of centuries spent trying to survive and prosper in societies where they’ve been viewed as lesser? Or, until recently, of always being appointed the family caregiver, bearing and raising children, tending to elderly parents and disabled siblings, so often left to shoulder the unpaid burdens of real life? Women have learned and taught lessons about how to cope with seeming impossibilities in ways that men traditionally — and to this day — have not. Coaching a slow learner on homework after a day of hassles at the office provides a deep experience of delayed gratification. A woman’s wisdom comes, in part, from the great juggle of her life.

Until very recently, that kind of wisdom was banished to folkways or deprecated as secondary. But as women step into their new roles, the value of that wisdom is beginning to emerge in unexpected ways. Sometimes, it’s a viral cultural moment that reminds us. Who will forget the image of the stoically seated CBS anchor Gayle King intoning in a soothing tone “Robert, Robert” to a flailing, weeping, lying R. Kelly?

It’s past time for women to stop trying to cram themselves into outdated NASA spacesuits designed for an alien masculine physique. Salvation doesn’t lie in pursuing traditional male paths of ejaculatory self-elevation. In drawing on women’s wisdom without apology and pushing that wisdom forward into positions of power, we can soothe our world and, maybe, even save it.