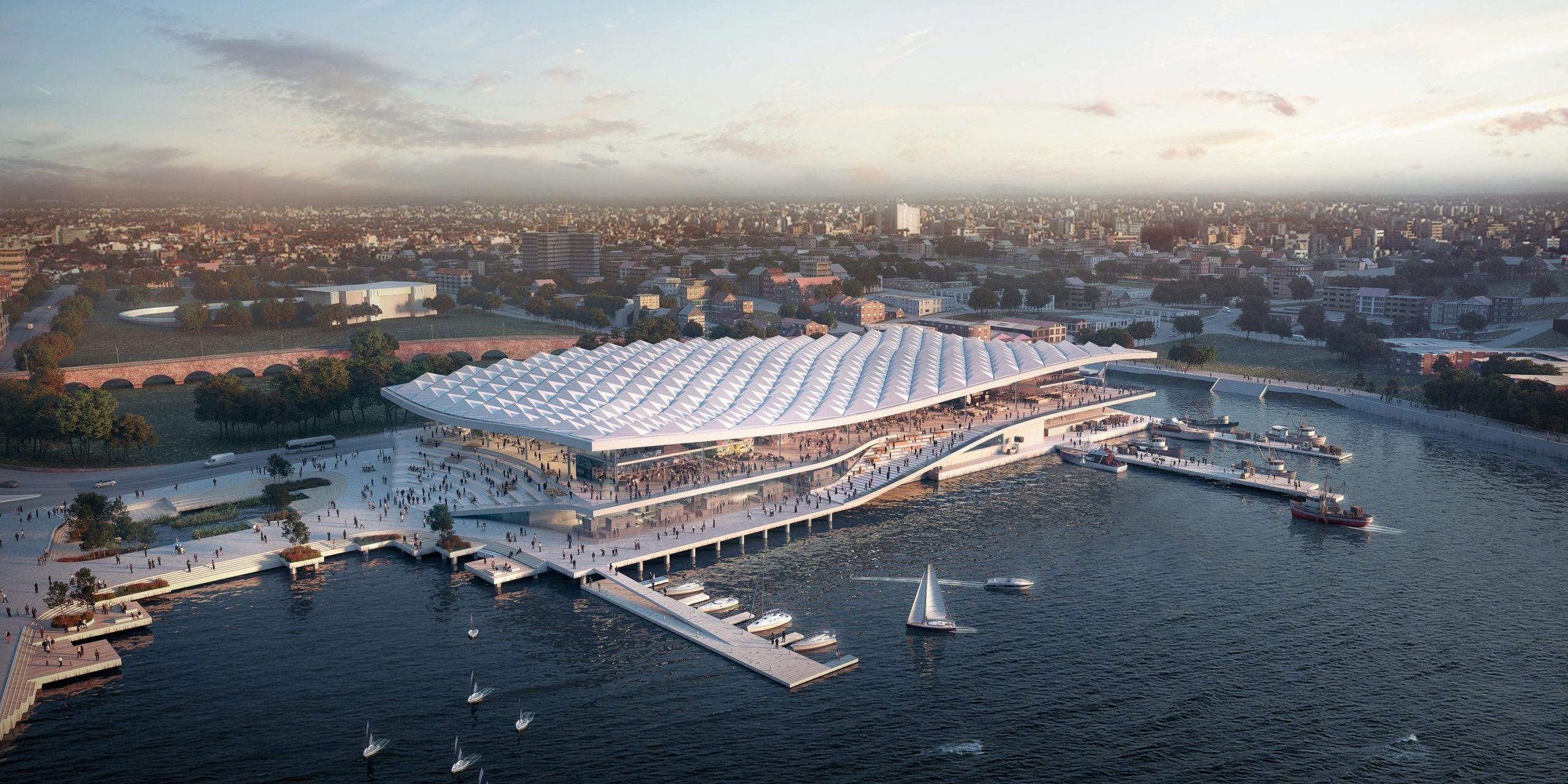 The New South Wales and Victorian governments have each announced a raft of major building projects to be fast tracked through the planning assessment system to boost the economy, with the long-mooted Sydney Fish Market redevelopment by Danish practice 3XN in partnership with BVN and Aspect Studios among them.

Along with the $750 million relocated fish market, a total of 24 projects across New South Wales are to have their assessments accelerated. This tranche follows on from the first tranche of two dozen projects announced in April.

There are also three new schools, a retail centre at Eastern Creek, a waste recycling facility in Girraween, new public open space in St Peters and a $2.6 billion industrial precinct at Mamre Road in Penrith.

The Victorian government, meanwhile, has also announced another five “shovel-ready” projects that have been given approval, with the newly established Building Victoria’s Recovery Taskforce having identified them as priority projects.

The Victorian government previously announced four major projects had had their approvals fast tracked, including the mammoth 118 City Road project by UN Studio and Cox Architecture, which is set to become Australia’s tallest tower.