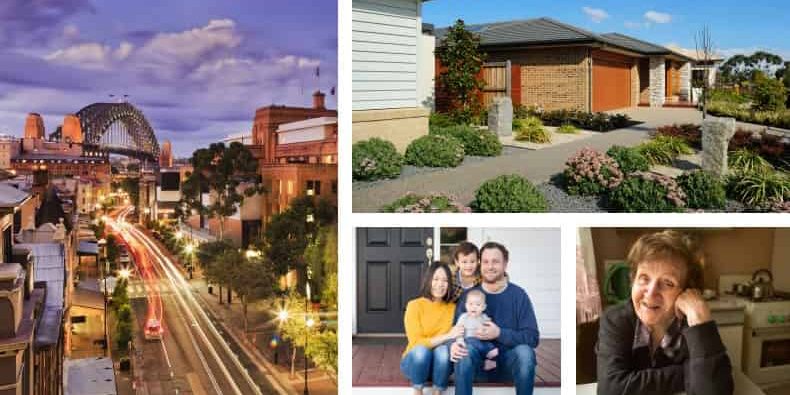 Older Australians do not wish to be in the private rental market with 80 per cent demanding ownership.

The housing aspirations of older Australians are shaped by both their shelter and non-shelter priorities. Home ownership, underpinned by a need for long-term, stable housing is a priority for this cohort. This was particularly the case for Indigenous Australian grandmothers given their critical role in keeping families together and providing care to grandchildren.

The physical safety of a dwelling and control over the space in which they live are important and is associated with the desire to remain independent within their home and age-in-place. Continued employment and the needs of dependent children are important for a small number of older Australians in the 55–64 age category. Important shelter aspects relate to the number of bedrooms, dwelling type, quality and security but older Australians are often willing to compromise on the physical aspects. While large back gardens are less important to older Australians, some outdoor space was considered important for those of all ages and tenures. Aspects of location which influence aspirations include the perception of safety, social connections within the community, walkability, quality public transport, access to services and amenities and proximity to family and friends 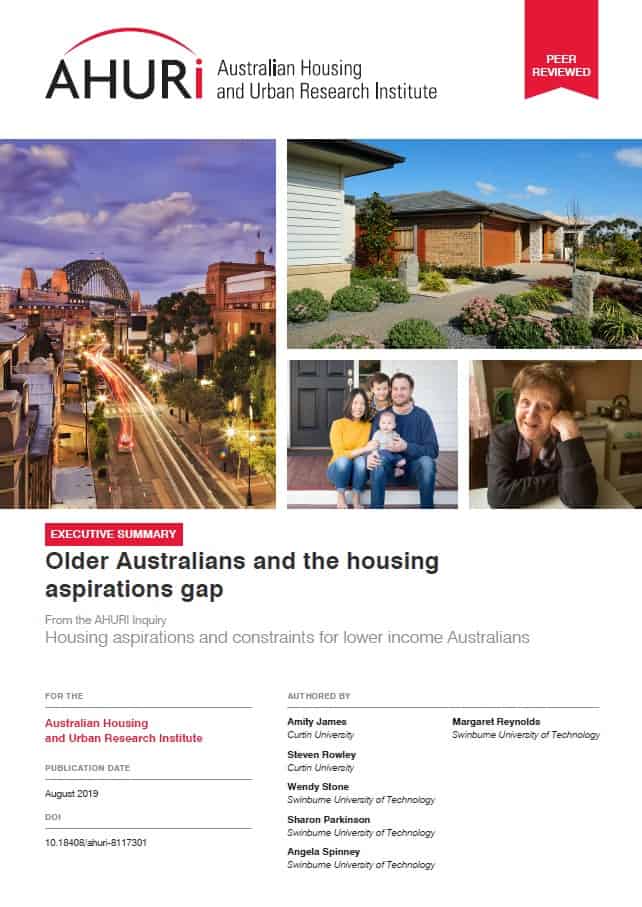